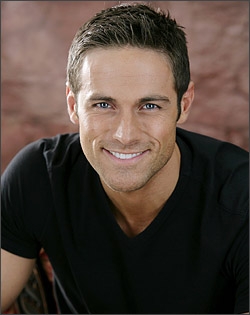 Ewa da Cruz to be at SoapFest! (CBS.com)

Hey, As The World Turns fans, this is your chance to meet your favorite stars in person!

*Jennifer Ferrin’s, ex-Jennifer Donovan, run in the Broadway production of “The 39 Steps” has been extended through March 29, 2008! The play will be held at the Roundabout Theatre Company’s American Airlines Theatre. Click here for more information.

*The annual As The World Turns fan club luncheon will be held on Saturday April 26, 2008! The even will be from 12pm – 4pm at the Marriott Marquis in New York City. Tickets are $130 for non-fanclub members and $115 for fanclub members. Checks or money orders should be sent to:

*Save The Date! The 10th Annual Tammy Rubin Rice Celebrity Softball Game has been set for June 7, 2008! The annual CBS vs. ABC game will be at Midwood High School Field, Avenue K and East 16th Street in Brooklyn, NY. The game starts at 11:30. Several ATWT actors are set to attend, we’ll update you on that as soon as the list becomes available.

Past Appearances:
*Michael Park, Jack, and Martha Byrne, Lily will perform at the "When You Wish Upon A Star. . ." event at Maria Fareri Children's Hospital. The evening will be a cabaret event with proceeds benefiting the Children's Hospital. It is from 7 P.M. to 10 P.M. on Saturday, March 8 at the Westchester Medical Center, Steven A Galef Lobby in Valhalla, NY. Tickets are $150. For more information call (914)762-2670.

*Terri Colombino, Katie, will also take part in the "When You Wish Upon a Star" event for The Maria Fareri Children's Hospital at Westchester Medical Center in Valhalla, NY on March 8.

*Michael Park will perform at Blend Bar, along with several other bands on February 23rd; Terri Colombino, Katie, will also be in attendance. The event benefits the Autism Marble Jam Kids. It will be held at Blend Bar in Ridgewood, New Jersey. Tickets are $125, call (201)251-4343 for more information.