Past ATWT Actors – Where Are They Now? 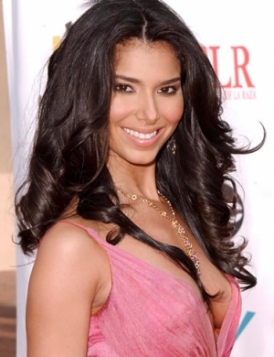 Cast changes seem to happen overnight on our favorite soaps and it is easy to lose touch with our old favorites. We here at Soaps.com like to keep everyone posted – you guessed it, it’s time for another installment of our “Where Are They Now” series. This time, we’re going to take a look into the history surrounding Oakdale – specifically some favorite ladies!

Pilar Dominguez hasn’t been seen in town since the late 1990’s. Roselyn Sanchez, who played Pilar, has been a lot of places, though. Soon after leaving As The World Turns Roselyn was cast in “Fame L.A.”. After a few more small roles she landed the part of a district attorney on the “Kojak” series and in 2005 joined the cast of the CBS nighttime drama “Without A Trace”. Roselyn is also making the transition to the big screen. In 2007 she co-starred with Dwayne “The Rock” Johnson in the film “The Game Plan”. She is set to star in “The Perfect Sleep” later this year.

Jennifer Ashe played Meg Snyder from 1986 through 1993. Since leaving Oakdale she has appeared in several television shows including the NBC hit "Profiler" and "Likely Suspects".

Patricia Bruder played "Ellen Stewart" on ATWT for more than 30 years! As Susan's mother-in-law, and grandmother to Emily and Alison, she was very busy in Oakdale until the late 1990's. Since leave the show, Patricia has concentrated on her family. She has two daughters.

Rosemary Prinz, playing Penny Hughes, was a staple in Oakdale for many years. She played the part off and on from the 1950s until finally leaving Oakdale in 2000. Since leaving the show, Rosemary hasn't slowed down! She has appeared in several Broadway productions. In 2001 she appeared in "The Bread, My Sweet" and in 2004 was cast in "Extreme Mom".

Who have you been missing from Oakdale? Leave us a message in the comments section and you're favorite "golden oldie" could be featured in our next "Where Are They Now" installment.

Two ATWT Stars Rumored To Be...