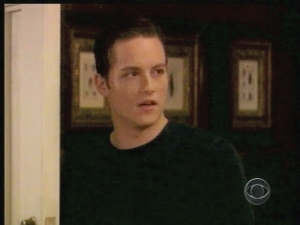 We’ve been swamped with emails here at Soaps.com, asking if it is true that Jennifer Landon, Gwen, and Jesse Soffer, Will, are leaving the show. Well, so far it appears that the reports are just that – rumor. Several reports state that the pair will exit As The World Turns as early as this spring. However, these rumors have not been confirmed.

A show spokesperson told us that they don’t comment on the contract status of actors. So, until we get the official word, we can still hope, right?

Jennifer Landon, a two-time Emmy winner, joined the cast in 2005 as Gwen Norbeck. What was supposed to be a short-term stint on the sudser became a long-term role by 2006. Jennifer pulled double-duty for a while as Gwen's crazed look-a-like Cleo. Emmy Nominee Jesse Soffer joined the cast in 2004.

These rumors come as "Willen" seemed to finally be getting their own footing. After the craziness with Cleo, Gwen's look-a-like, ended, the pair returned to Oakdale and began talking about family. Gwen became pregnant but miscarried; the couple decided to try surrogacy but that also ended in miscarriage. They learned they would never have biological children and Gwen became very depressed. Their next obstacle, Gwen's brother Cole, came to town with pregnant girlfriend Sofie. He and Iris, Gwen's mom, entered into a contract with Barbara, Will's mom, to buy the child! When Will and Gwen learned of the baby-buying deal they backed out. However, after the baby was born and Cole was gone from Oakdale Sofie decided she couldn't raise the baby and asks Will and Gwen to adopt her. They agreed to an open adoption and named the kiddo Hallie Jennifer; things seemed to be looking up. Will has begun to repair his relationship with Barbara and the couple is becoming more comfortable with their new roles of mom and dad.

Fans have already become very vocal about the rumored exits. Many feel betrayed, saying that things are finally looking up and they won't get to see Will and Gwen get their happily-ever-after ending. Fans are also wondering if the rumored exits of Will and Gwen will lead to the exit of Justine Cotsonas' character, Sofie.

It appears that, for now at least, we will have to wait and see. Soaps.com will continue to follow this news and we'll bring you the latest developments as they happen.