ATWT Stars: Where Are They Now? 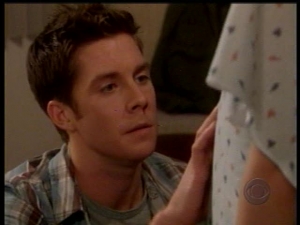 Daniel Manche has a movie coming out! (Soaps.com)

Actors come and go on our favorite daytime shows, but we never forget them. You guessed it, it’s time to catch up with a few of our favorite As The World Turns stars from years past.

We’ll start with a couple of stars who just recently left Oakdale.

Chris Huisler, ex-Cole, made his last appearance in Oakdale this past week when Cole dumped Sofie and high-tailed it out of town. Already, though, Chris has some news. He is set to appear in “Placebo”, which just completed production. The comedy/drama deals with alcohol addiction.

Elena Goode, ex-Jade, left Oakdale during the summer of 2007. Since then she has appeared in a commercial for Domino’s Pizza and is pursuing other opportunities.

Sarah Brown, ex-Julia, has been very busy since leaving Oakdale in 2005. She appeared in several episodes of "Cold Case" in 2005 and also appeared in the film "Big Momma's House 2". In 2007 she appeared in the Fox television series "K-Ville" and "Betrayals" on the USA Network. It is rumored that Sarah will next be headed back to Port Charles (she played Carly on General Hospital from 1996-2001).

Daniel Manche, JJ, hasn't left ATWT but he is set to appear in a film in the new year. "I Sell the Dead" is in post-production and we'll let you know about a release date for the project.

Jessica Dunphy, ex-Alison, left Oakdale in 2005. She is set to appear in "Margaret" in 2008; the film centers around a bus accident and whether or not it was intentional.

John Loprieno left Oakdale and his role as Brad Snyder (he was Brad #3) in 1999. John is no stranger to soaps. Through the years he has played Cord Roberts on One Life To Live; he continues to make appearances in that role as a recurring character. In addition to working on soaps, John has appeared in series like "ER", "Prison Life" and "Star Trek: Voyager".

Who are you missing from Oakdale? Drop us a line in the comments section and we may highlight the career of your favorite ex-Oakdalite in our next installment!