ATWT Hunks: Where Are They Now?

Matthew Morrison, ex-Adam, has found several more acting jobs since leaving the show. In 2007 he appeared in several television shows including "Ghost Whisperer", "CSI: Miami: and "Nice Girls Don't Get the Corner Office". He is currently in pre-production, working on a pilot for television called "The Oaks" and is working on the television production of "Lipstick Jungle" as well.

Paul Leyden, Simon, has also been absent from the ATWT canvas for several months. Simon has been on the run since being accused of a jewel theft (with Carly). Paul is on the run, too, but not from the law as his character is. Paul appeared in the television series "Canal Road" this past year, and rumor has it, Paul's "Simon" will return to Oakdale this winter. We'll keep you updated on his status and let you know once we have confirmation about when a return could happen.

Zach Roerig, Casey, could be on his way to breaking into a huge star in Hollywood. Since leaving Oakdale earlier this year, Zach has begun work on two films. In "Dear Me" (set for a late 2007 release) he plays Adam. He will also be featured in "Assassination of a High School President", set for release in 2008.

Actors and actresses come and go on our favorite soaps, but they are never forgotten. Recently I took a look in the vault of actors who left As The World Turns and found out several of our fan favorites have gone on to become huge stars post-Oakdale. This particular “Where Are They Now” features a few hunks from Oakdale’s past. If you’d like even more “Where Are They Now” information, check out a past article here.

Read on to find out what your favorite former Oakdale hunks have been up to in recent years.

Since leaving the role of Damien Grimaldi in 2006, Paolo Seganti has been very busy! He appeared in the film “Eyes” and has been in a couple of Italian television mini-series including “Lance de la destinée, La” and “Figlia di Elisa – Ritorno a Rivombrosa, La”. He also appeared in “Carnera: The Walking Mountain”.

D.C. Benny, Chaz, hasn’t been seen on the Oakdale canvas in nearly a year now. Dusty’s bodyguard seems to have simple disappeared. But the actor has remained quite busy in the past year. He played a security guard in the film “Where God Left His Shoes” and played Caesar in “Illegal Tender”. 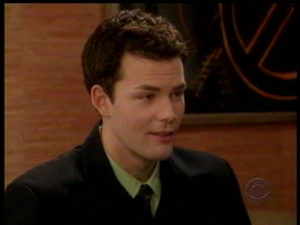 A Look At ATWT Supercouples - Past and Present! 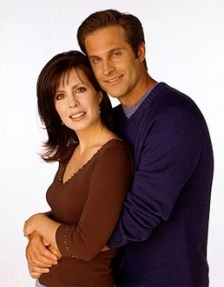