The end of the series will leave a big hole in many people's lives, including the actors. For their feelings about the end, read Stars Thoughts on As the World Turns’ Final Days. I'd like to take a moment to thank them for all of their hard work, and the hard work of the hundreds of actors, writers, pop makers, scene dressers, camera people, sound designers and assorted crew members who passed through the studios from decade to decade.

For all kinds of reasons, As The World Turns touched people's lives as an exemplary instance of what soap operas can do. Watching a soap isn't like watching a TV series, it's a commitment, sometimes for a lifetime. How will you cope? What soaps will you watch now?

I'd also like to thank all of the people who have visited this site for the past few years to read and talk about the show. The As The World Turns message board will remain open for you to reminisce and keep in touch with each other. I'll be over at our sister site, Soap Opera fan Blog, and you can always stop in for a visit. All the best to everyone.

If you'd like to watch the last episode again we've posted it on our sister site Soap Opera Fan Blog through As The World Turns Finale Videos.

Please feel free to leave your thoughts and opinions in the comments section below. 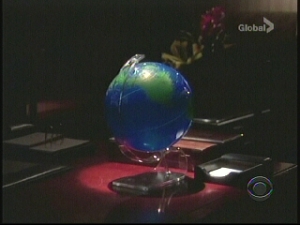 Thoughts on the week of September 13.

Well, it’s the end. I don’t really want to talk about what happened this week. Not that it was terrible or anything. It was certainly a better ending than Guiding Light received. But how can you end a show like this? A show that ran for 54 years. It’s older than I am and the legacy it leaves dwarfs that of most of what’s left behind on TV.

Eulogies… I’m terrible at them. Though I don’t suppose they are the kind of thing anyone would want to be good at. There is nothing I can say to change things or make them better. And even though I’ve offered a meager look back at the series this week, which you can find in the As The World Turns Newsroom, there’s nothing I could do which would summarize what the show meant to people, or how it enriched their lives; how they felt when they glanced at the clock ticking down to when a new episode would start. I can’t even imagine the millions of memories that fans have tacked onto every detail and nuance of the show, from the stories to the clothes the characters wore to the furniture which adorned the sets. I know all of those things matter and that, though it is the plots people most often argue about, they aren’t what actually counts. What invites the loyalty of generations is something more mysterious, some strange aura that may not even be rational but which forms an integral part of people’s days and the emotional makeup of their lives. Because of their scope, their almost life like relationship to time, and their complexity, a soap opera can embody that aura. 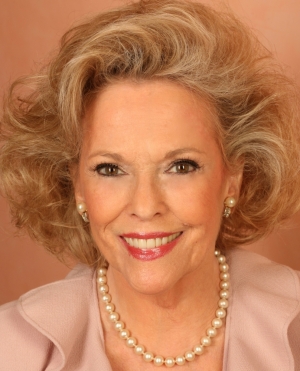