Talk Show To Be As The World Turns Replacement 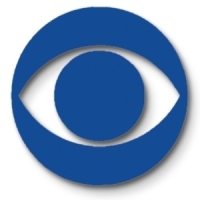 It looks like the replacement for As The World Turns will soon be official.

After months of competition between pilots for game shows, insider reports have stated that CBS will be putting a new talk show on to fill the slot left open by the end the soap. The series will be hosted by Sara Gilbert, best known as Darlene Conner-Healy from “Roseanne,” and feature Julie Chen, Holly Robinson Peete, Sharon Osbourne and Leah Remini in what promises to be the network’s answer to “The View.” The show is being produced by Tom Forman (“Extreme Makeover: Home Edition”), John Redmann (“The Tyra Banks Show”) and Gilbert.

For those who aren’t aware As The World Turns Has Completed Shooting. Be sure to check out the link to read what some of the actors had to say.

Do you watch talk shows?online surveys