As The World Turns’ Trent Dawson In Revival 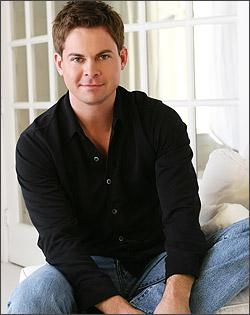 As The World Turns‘ Trent Dawson (Henry Coleman) will be on stage in New York this fall.

The actor will be starring in the world premiere of “Revival”. The Projetc Y Theatre company is producing this the new play by Samuel Brett Williams. It follow the son of a Southern Baptist preacher who returns to his home turf to rebuild his father’s congregation. In order to compete, with local mega-churches, he tries to make a name for himself by ‘cleansing’ someone of their homosexuality.

The production will pay at The Lion @ Theatre Row (410 West 42nd Street, between 9th and 10th Avenues). The regular ticket price is $18. Tickets are available by calling visiting the Ticket Central website or by calling 1-212-279-4200.

If you weren’t able to attend Trent’s fan club party this year watch the As The World Turns Video Promo: Trent Dawson Has Martinis With His Fans.

Will you attend this performance?online survey