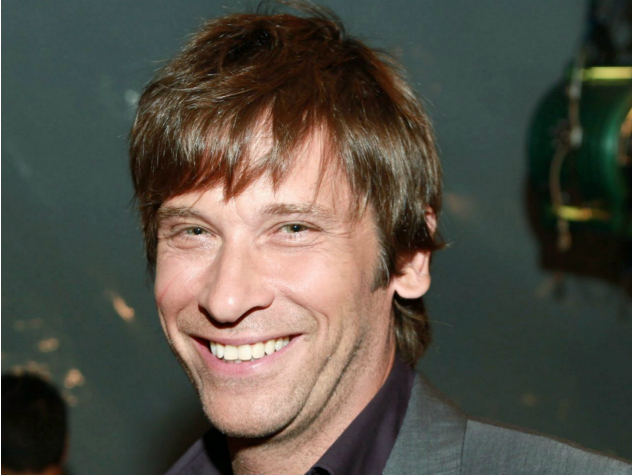 * Currently residing at The Lakeview.
* Currently single.
* 1983 - Shoplifting: Stole a bracelet from Fashions, Ltd.
* 1985 - Got into a fight with Brian McColl.
* 1987 - Convinced Andy Dixon to lie about James Stenbeck's whereabouts.
* 1987 - Became a suspect in his father's murder, but was not convicted.
* 1989 - Paul and Lien were in the car with Duke Kramer when he was drinking and driving. They were arrested too.
* 1989 - Shot his father.
* 2002 - Breaking and Entering into Marshall Traver's room.
* 2002 - Used information he had found to blackmail Jessica Griffin.
* 2003 - Had The Metro bugged and hired Henry Coleman to do it.
* 2004 - Paul and Rosanna convinced the governor to ship James Stenbeck to a maximum security prison because he would harm others if he stayed there.
2005 - Kept a secret from his sister, Jennifer, that her baby was still alive.
2006 - Let everyone think that Emily Stewart shot and killed him to avoid being put in prison.
2006 - Admitted that he had tried to murder Dusty Donovan, which he hadn't.
2007 - Helped Meg fool Craig and was presumed dead.
2007 - Remarried Rosanna.
2008 - Craig tried to kill him in a car-bombing.
2008 - James extorted money from him.

Who's played Paul Ryan over the years?

Raymond and Claudia Colfax raised Paul until he was three years old. He was returned to his real parents, James Stenbeck and Barbara Ryan. They soon divorced because their marriage wasn't a happy one. Paul wasn't allowed to see his real father, James. Barbara remarried a man by the name of Gunnar St. Clair. James kidnapped his son and took him to Cheyenne, WY to a summer camp. He saw the news broadcast about his kidnapping, and Barbara and Gunnar found him and rescued him. He didn't see his father any more until he was a teenager. James showed up and he and Paul became close, but Paul didn't tell anyone he was seeing his father. Paul realized his father was not a good man and refused to have anything to do with him.

Paul was offered a summer job by Emily Stewart who was older than Paul. Emily had just had an argument with her boyfriend, Brock Lombard. Paul stopped by Emily's only to find her upset about the argument. He was very understanding and it led to a kiss, and then to making love. Paul was a virgin. Emily confessed the affair to Brock, which he forgave her for, and they resumed their relationship. Paul was lovesick over Emily and tried to win her love by sending her flowers and love notes. Little did Paul know, Emily had an affair with his father, James, in the past. When James confronted Emily at her house, they argued. Paul stopped by and tried to protect Emily bu picking up a gun and shooting James. He was found not guilty. Paul changed his name to Ryan and dropped out of school.

Paul became friends with Lily Snyder's twin sister, Rose. Rose felt Paul liked her for her, not whom she looked like. They became lovers. Tragic events took place and drove them apart. Paul was in a plane crash, presumed dead, but in fact, was cared for by a fisherman. Paul decided to let everyone believe he was dead. Paul did finally come back to Oakdale and resumed his love affair with Rose. They were getting married, but when the minister asked if anyone objected to the union, Paul revealed his true feelings for Rose, humiliating her, causing her to collapse. Rose had been poisoned, and shortly after being taken to the hospital she died. Paul thought his mother, Barbara, had poisoned Rose, but later learned it was Will, Paul's half brother. Will was found guilty and sentenced to a psychiatric hospital. Paul never forgave his mother for what she had done to Will, causing him to poison Rose. He was out to steal her company to get even. Paul learned that his mother, Barbara, was having episodes of blindness due to a brain tumor. She checked into a hospital for treatments. Paul was a little ashamed of his actions toward her, and after they talked he accepted her apology, but this wasn't to last long.

Paul and Rosanna declared their love for one another and decided to get married. The marriage soon ended. Emily had an argument with Hal and sought comfort from Paul, which led to their making love. They agreed to get married. Paul's sister, Jennifer, was pregnant with Craig's baby. When her baby was born, there was another baby there also, the son of Gwen Norbeck. Craig secretly switched the babies and lied to Jennifer. He told her that her baby had died. Paul and Emily knew the truth about the switch, but they kept it a secret in order to protect Jennifer. When the truth came out, Paul and Emily were put in jail. Once released from jail, Paul and Emily decided to get married. Emily met Paul in her wedding dress and fur coat. Paul finally came up to Emily and told her he didn't want to marry her because she didn't deserve him. When he turned to walk off, Emily hysterically started begging him not to do that to her. He continued to turn his back on her and she shot him. Thinking that she had killed Paul, she rolled his limp body over a hill. Paul wasn't dead, just wounded. Meg Snyder found him and dragged him back to a cabin where she nursed him back to health. During this time, Emily took Dusty Donovan hostage. When Paul was found, he was arrested for his part in the baby switching. Meg was also arrested because she harbored him. Dusty was now believed to be dead, and since they had plenty of time to talk, Meg and Paul both confessed to each other that they didn't do it. That only left Emily. When Paul was released from jail, he tricked Emily into believing that he made a mistake and he wanted to marry her. They married and Paul seduced her to find out where Dusty was. It worked. Emily led everyone right to Dusty. During an argument, Emily fell off a cliff, but Paul was able to keep her alive. She was put in a psychiatric ward at Memorial for her nervous breakdown. It was discovered she was pregnant with Paul's baby. Paul fell in love with Meg and planned to marry her. During a terrible storm, Emily's baby came early and Meg helped her deliver a baby girl while stranded at the Snyder farm. Paul showed up in time to hold his little girl. She was born early and with no way to get her to the hospital, she died. Emily and Paul named her Jennifer, after Paul's deceased sister.

Meg and Paul ended up not getting married. Meg felt that she couldn't trust him anymore. Later, Paul was in a terrible car accident, which left him having psychic visions. He could now predict when Meg or someone close to him was in danger. He fled to the mountains hoping to run from the visions, but it was no use. While there, he had a vision of a bloody floor and women screaming. He immediately thought of Meg. He rushed down to the hospital to find out that Meg was handling the blood drive. He tried to stop her, but Bob gave him a shot to calm him down and make him sleep. Meg went back to work while Paul slept. A man with a gun who was distraught over losing his wife confronted her. Paul tried to warn her.

Meg and Paul tried to get Worldwide back for Lucinda by Meg marrying Craig. He learned of their plot but married Meg anyway and whisked her out of town. Paul tracked them down and fought with Craig; he fell over the cliff and was presumed dead.

In a coma, Rosanna came to Paul and helped him back to consciousness. He learned that Meg was still married to Paul and convinced a doctor to use a new drug on Rosanna to wake her. When she was awake, he convinced her to marry him and they took over all of Craig's assets. Paul was still in love with Meg and Rosanna realized it so she fixed Meg's paternity test results. Paul found out and went back to Meg, throwing Rosanna back into a coma. He and Craig fought and Meg lost the baby; she turned away both men. Craig tried to kill him in a car-bombing but Paul survived. Meg became his nurse.

Soon after, he went into business with Mike Kasnoff to show Meg that he had changed. He and Meg were working their way back to one another when he slept with Sofie and she became obsessed with him. She accused him of raping her and then said he was the father of her baby but Meg stood by Paul. They agreed to get married. Sofie was killed and Meg became a suspect but Paul was convinced she was innocent. It turned out that Cole killed Sofie; he kidnapped Barbara to extort money from Paul but Paul and Meg found her in time.

Soon after, Meg began acting strangely. She was poisoned in the tainted jewelry scam and tried to kill him because Sofie's ghost told her to do so. Paul had her committed, which saved her life.

Soon after, James returned to town. Paul was desperate for money and turned to a loan shark, who was employed by James. James said he would find a treasure on the Snyder farm so Paul began digging. One day, Ethan fell into a hole and became trapped. Paul rescued him but couldn't be saved. Derek appeared in the hole with a way out, which James had devised. When he got back to Fairwinds, though, Meg and James were gone!

Paul convinced Derek to help him and went after them both.