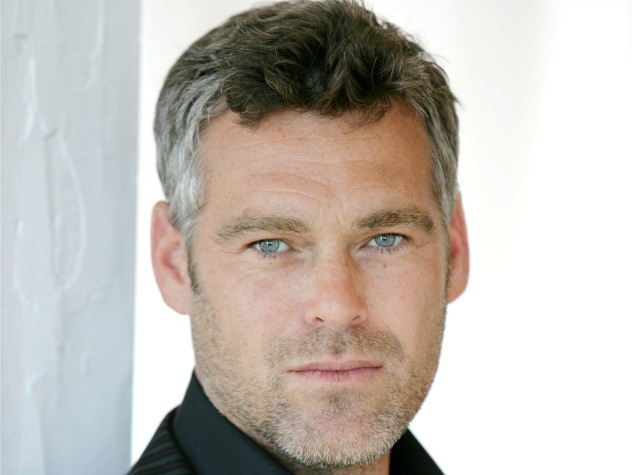 * Marital Status Single-Widowed.
* Currently resides at The Lakeview.
* 1983 - Talked Paul Ryan into steeling a bracelet from Fashions, Ltd.
* 1983 - Destroyed John Dixon's lab after he broke into it.
* 2003 - Did some illegal gambling.
* 2003 - Took evidence from Paul Ryan's car without permission.
* 2004 - Knowingly took money from his deceased fiancee's foundation to pay the mob.
* 2004 - He hosted a fixed fight, which got him arrested.
* 2004 - He knew that Sierra was holding Craig against his will and kept quiet.
* 2004 - After Paul Ryan turned on him, he assaulted Paul.
* 2008 - Dusty was presumed dead after being injected by Evan Walsh IV with a lethal dose of an experimental drug.

Who's played Dusty Donovan over the years?

A very young Dusty came to town with his stepfather, Burke Donovan. Dusty's mother died just before Dusty arrived in Oakdale. His stepfather's intentions were to find Gunnar St. Claire who he blamed for his wife's death. But during his short visit in Oakdale, Burke realized he had a heart disease and didn't have a lot of time left. He arranged for Karen Stenbeck, who was now divorced from James, to raise Dusty after he died. Gunnar was Dusty's biological father and was also dying, but of a blood disorder. The courts would not award Karen guardianship because she was a single parent, so Dr. John Dixon stepped up and married Karen in order to give Dusty a proper home.

Through the years, Dusty and John didn't get along that well. John wanted the best for his son, but Dusty had other ideas and interests. Dusty met Lily Walsh and eventually fell in love with her. Lucinda didn't approve of Dusty dating her daughter. John agreed that Lily was not good for Dusty, and the two tried to keep their kids apart. About this time, Holden Snyder became Lucinda Walsh's new stable boy. Lily found herself very interested in Holden. When Holden's sister, Meg, came to town, Lily and Meg didn't get along. Meg immediately sought revenge on Lily by showing an interest in Dusty. She decided to let John know that Lily was disrupting Dusty's school work. When John confronted Dusty with this information, Dusty left high school and took off to New Mexico, and Meg followed him for comfort. While they were away, they made love during their trip, and eventually made their way back to Oakdale. Dusty stayed for a while, but later decided that he wanted to move on.

Dusty returned to Oakdale years later, broke and running from sharks that were looking to collect their money. Dusty found ways to pay them off and changed his life for the good. He had quite a few girlfriends, but eventually he met and fell in love with Jennifer Munson. She was pregnant at the time with Craig Montgomery's baby. When Jennifer found herself in labor, Dusty was the one who delivered her baby. Dusty took care of that little boy as if he was his own. Dusty and Jennifer signed papers to make Johnny a Donovan. It was official: Dusty had adopted Johnny. They were a family. Dusty loved being a father to Johnny. Suddenly, Johnny was diagnosed with a rare cancer, but was later saved by Emily Stewart's unborn baby. Then Jennifer developed Viral Pneumonia. Lucy, who was treating Jennifer, insisted that she stay in the hospital, but Jennifer wanted to go home with her son and Dusty, because Johnny had just been released from the hospital after making a remarkable recovery as well. But later, she was brought back to the hospital due to complications. Her heart had suffered damage and Jennifer was dying. After Dusty accepted the fact that Jen wouldn't be around much longer, Dusty and Jennifer were married in her hospital room. As Dusty held her in his arms, Jennifer told everyone goodbye and died.

Now, to complicate Dusty's life even more, Craig Montgomery, Johnny's biological father, came back to Oakdale. This time, he wanted his son back. Dusty and Craig fought on several occasions. Craig arranged for Dusty to be set up to shoot him out of anger, so that Dusty would go to jail and he could have his son back. It worked, and Dusty went to jail. While in jail, Lucy knew that her father was manipulative and had set Dusty up. She befriended Craig, reassuring him that she trusted him again in order to gain unlimited access to Johnny. One day, she took Johnny out of the state to hide. She told Lucinda that she owed it to Johnny since she had let his mom die. Lucinda told her that she didn't let her die, but to Lucy, it was just the same. Emily and Meg were able to confirm that Craig made a mistake. As a result, they were able to get Dusty free. However, Dusty stayed in Oakdale, helping Emily get her son, Daniel, back from kidnappers, while he waited for leads on Johnny and Lucy.

Dusty turned his attentions to old friend Lily. They began an affair. Soon after, Emily returned to town with Chris Hughes. She ignored Dusty and proclaimed she was in love with Chris. Dusty didn't like this and began question Chris' motives at the hospital, especially after Chris managed to have Evan Walsh IV hired against Bob's wishes.

When Bob was attacked and left comatose, Dusty suspected Chris and Evan were involved. Chris convinced everyone that Dusty was making up stories. Soon after, Dusty was shot and presumed dead. Cheri's ghost helped him get to the farm where Lily found him and got him to the hospital.

On New Year's Eve, Dusty and Emily made love in his car. She tried to hide the truth but Lily found out and sent a note to Chris about what really happened. Dusty kept trying to convince Emily that he loved her but she wouldn't listen to him.

Dusty kept investigating Chris and Evan's plans. Evan cornered Dusty and injected him with the drug. Dusty was pronounced dead. Emily and Lily became the prime suspects but Evan finally lost his mind, admitted to the crimes and kidnapped Lily.

Dusty returned to Oakdale in September 2008. It turns out that he faked his death so that he could search for Johnny without Craig's interference. However, as he was searching, he was kidnapped by James Stenbeck!