JR Fights for His Life

Josh helps keep JR alive until the ambulance arrives.
Both Annie and Dixie are upset about what the DNA results will be.
Adam lashes out at Babe. 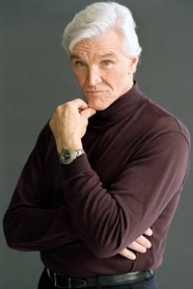 Ryan is napping when Annie awaken him. She is worrying that Emma just might be Tad's child. Perhaps he was her sperm donor? Could that be the reason why Tad's DNA matches Emma's? Emma wakes up and says she was having a dream about her "other mommy."

Annie is upset by this, and after Emma is put back to bed, begins to wonder if her memories about Emma's birth can be trusted. Maybe it is possible that her baby died and Madden gave her Tad and Dixie's daughter? Ryan does his best to convince her not to second-guess herself. While discussing the definition of chimera, they discover the rare medical condition of "chimeraism."

Dixie's having nightmares about Emma/Kate. She tells Di about how guilty she feels over what she did to Tad. Did she drive Tad to torture Greg Madden? Now Greg is in her mind every nightis this punishment?

Di assures her that they all make mistakesthat doesn't mean that they have to suffer forever. Dixie's going to find Kate and she will have a happy life. Dixie tells Di about her agreement with Annie to allow Kate to live with herand Di thinks this is a terrible idea.

Tad and Zach are gambling at the casinohe tells Zach about the upcoming DNA test. Tad is deeply upset and worried about the future.

Bianca calls 911 about JR's jump; Erica and Josh are standing over his motionless body in the alley. He needs a doctorso Josh begins to help him. He's bleeding out as the EMT's arriveJosh insists he has to operate on JR right nowin the alleyor he will die! He performs emergency surgery, and then JR is rushed to the ER. The policBabe admits to Adam that she told JR about her Josh tryst. He's very angry and accuses her of ruining JR's life, and being motivated by money. He's getting angrier and angrierwhen Jeff walks in, and tells him to shut up. Jeff is looking for Josh.

The police arrive to question Bianca and Erica.

Bianca is in a dazehow could this happen? Should she have let JR leave the room when he wanted to live? Erica tries to convince her that it's not her fault and that JR will no longer do damage to her family.

Erica is shaken by the fact that they could have lost Josh a second time, and Jeff comforts her.

Josh is back in his room, reliving the horrible events of that evening.

Adam and Babe see a blood-covered Josh, who tells them all that has happened. Josh tries to convince Babe that this demonstrates what JR is capable ofbut she is unwilling to listen.

Adam is in JR's hospital room as they prep him for surgery. He tells JR how much they love him. Bianca runs into Babe and Adam therehe asks her what the hell she did to JR? She explains that she's sorry about what happenedbut it's not her fault. Babe wants to know if JR threatened her and how this happened.

Di finally convinces Dixie to go back to sleep, and she does, but she is awakened by a phone call from Adam telling her about the accident.

Everyone is gathered at Pine Valley Hospital to wait for JR to come out of surgery, and tempers are on edge.