JR finally learns the truth about Babe and Josh.

Zach explains why he can't live in Kendall's "dream house." 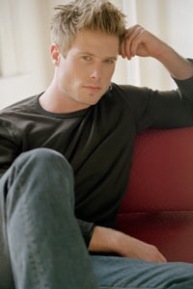 Julia runs into Tad at conFusion, then goes to join her gal pals for "girl's night." Jamie joins Tad, and Tad accuses him of sulking.

Zach and Kendall arrive at conFusion, and she suggests that it's not a good place for them to talk. He says that the house she loves was screaming "get out" to him. He says that it's exactly like the house he grew up in. It reminds him of his father, who took everything from him. Kendall completely understands, and is pleased when Zach sketches his ideas for their new home.

Adam and Krystal are going through the baby things he boughtall pink! They let Colby know, and she reacts in formjealous and sarcastic. Adam lets Krystal know that he's going off to his attorney to change his will to create a trust for baby Charlotte and one for Krystal. She doesn't want him toor to face the fact they he might leave them. She thanks Adam for all his love and support, and they pledge their eternal love.

Erin and Josh are at the bar, commiserating about he and Babe. He claims he's ready to move on after Babe. She tells him that she's ready for a friends-with-benefits relationship. They go out to the roof and make out. He admits to her that he can't give her anything emotionally, but that's ok with her. As they're kissing, Josh has flashbacks of his time on the roof with Babeand says he can't continue.

Babe apologizes to a shattered JR for sleeping with Josh. Her reason is that she felt "left out" of JR's lifebut it was a "horrible, one-time mistake." He's deeply upset, especially since so many peopleDavid, Krystal, Colby, etc.knew the truth.

Just when he's most upset, Colby enters with Little A, notes that they're not upset and wants to know why. She figures something's up. After she leaves, Babe reiterates her love for him and her belief that their marriage can surviveeven though they've been to hell and back. Can he forgive her? She forgave him for trying to kill hershe loves him with everything she hasand begs him to stop staring at her and talks to her. He has only one question: Did she tell Josh she loved him? An anguished JR tries to leave the room; she begs him not to leave.

They run, yelling, into the foyerwhere they're seen by Adam, Krystal and Colby. JR rushes out and drives away. Babe thinks he's going after Josh. Adam goes off to the Valley Inn, searching for JR. JR's in his room, sucking up liquor from the mini-bar, and hallucinating about seeing Josh and Babe making love.

Babe goes to conFusion, looking for Josh. Finding him out on the roof, she's happy to see he's okuntil she sees Erin.

Bianca is in JR's roomand she says she's "not afraid."
Josh rushes to Babe's "rescue."