Josh's first day at work is full of drama.
Dixie does the right thing.
Colby and Sydney mix it up.

Ryan and Tad burst into David's cabin, looking for Emma. Tad logs onto David's computer, searching for clues. David comes home suddenly, and they demand he tell them where Emma is. He laughs at them.

Dixie is still at the airport, trying to decide whether or not to leave on the private, untraceable charter David arranged.

After she talks with Emma and realizes how much the child loves her mother, Dixie brings Emma back to Annie. Erin and Jonathan are enraged and want to call the cops; Dixie tells Annie that she was "so wrong." Annie sends them away, so that she can talk privately to Dixie, who admits that she considered taking Emma. She tells Annie that after being with Emma and hearing her talk about her Mommy, she realized that she already has a mother who loves her. No matter what any DNA test shows, Emma already has a mommy. She swears that she will never take her from Annie again. At that moment, a shocked Ryan and Tad walk in. Dixie promises to stick to her word, but begs Annie to let them DNA test Emma, so Dixie can know whether or not her daughter has been found.

Tad and Ryan get the news at David's, and Tad assures him he won't let him hurt Dixie. David taunts Tad, and calls him stupid for not believing him. After they leave, he's upsetmurmuring that Dixie was "so close" to getting what she wanted.

Josh tries to kiss Babe in JR's office. JR almost walks in, but is then interrupted by an associate and they overhear him. Josh goes on about how they love each other, but Babe says she has to protect her marriage. Babe is angry and tells him to never try anything like that kiss again.

Josh insists that JR will revert to type, and hurt Babe. She says he's her pastJR is her future. Josh begs her to leave JR; JR overhears her saying that JR is her future. Babe embraces him and tells him he "didn't miss anything."

After Josh leaves, JR presents her with a diamond necklace and they again talk about their new house and new future. Is there anything else she wants, asks JR? YesBabe wants Josh out of Chandler.

When Josh comes in to give his report to JR, JR tauntingly tells him that Babe wants him out of Chandler. And if Josh touches his wife, he'll go after him. Josh looks JR straight in the eye and says that David was telling the truthhe did make love to his wife!

Sean and Colby are at JB's, but he makes it clear that now they are "just friends." She acts as if it's OK, but leaves the restaurant looking disturbed. When she gets home, she lashes out at Sydney, accusing her of stealing her boyfriend. Sydney suggests that he's just not that into herespecially since she gave it up to him so easily.

While her back is turned, Colby slips something into Sydney's backpack.

After Colby leaves, Amanda comes into BJ's, where Sean comes on to her. She's sad about her interactions with Jonathan. At first, she rebuffs him, but after a while, they sit down to talk.

Facing the truth in Pine Valley. 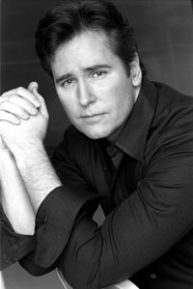