Getting To The Other Side Of The Pain. 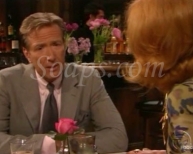 At Krystal's, Jesse assures Jack Ricky is headed to the state prison for the rest of his life. Jack wishes they could be so lucky with Erica's kidnappers, who seem to have vanished into thin air. Jack then sits with Opal, who thinks "Erica" needs to take a breather. Jack agrees because they can't let her fall in the bottle again. 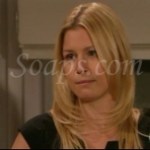 Scott and Madison prepare for her baby's funeral in her hospital room. He offers to move out of their apartment if it helps her. Greenlee and Ryan walk in and Madison asks if it can just be her and Ryan. Scott and Greenlee understand. 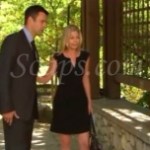 Madison runs from the cemetery when she thinks about the act of burying her daughter. Ryan follows her.

Jesse, Angie and Lucy enjoy a day out in the park. Angie says she's happy to have Jesse back because he was acting so strangely after Lucy was born. Madison and Ryan run past Angie and Jesse. Ryan tells them it's the day of their baby's funeral. Angie asks for some time alone with Madison. Jesse, Ryan and Lucy go for a walk, as Madison tells Angie she just wants her daughter back. Angie says she understands what she's going through, but Madison snaps that she can't because her baby didn’t die. Meanwhile, Ryan tells Jesse he doesn't know how to help Madison, because he doesn't know how to deal with the death of an innocent baby himself. Jesse offers that all they can do is accept it, but Ryan can't. Jesse says he just has to live his life because it will help him get to the other side of the pain. Ryan questions all of his choices, but Jesse assures him Sara didn't die because of what he did. He suggests he just be there for Madison and bit-by-bit, he will be able to move on. Jesse and Ryan return to the women and find Angie comforting Madison. 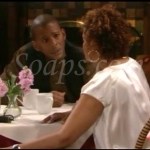 Jesse and Angie go to Krystal's. Angie tells Jesse how guilty she feels that their baby lived when Madison's died. Jesse agrees it's tough, but says they got a miracle. Angie asks a guilty looking Jesse how God chooses which babies live and which ones die. 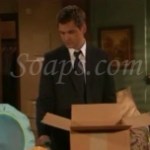 Scott packs up the baby's things at the apartment. Greenlee joins him because she understands how he feels. He says he won't go away, believing Madison just needs time. Scott knows the baby wasn't his biologically, but he feels like he lost his own child. 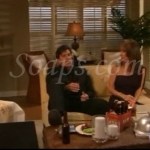 In "Erica's" hotel room, David questions why she is drinking a beer and eating fried food. "Erica" starts weaving an excuse about all the drama she and her daughters have been through lately. David thinks her excuses are typical addict behavior. He wonders how her family will feel knowing that she's fallen off the wagon. She points out they won't know unless he tells them. He responds, "I help you, you help me." She won't let him use her to get his medical license back. He brings up his shooting, but "Erica" doesn't think it has anything to do with her. When she tells him to out the real assailant, David realizes she has no idea what he's talking about. He assumes it's because of the alcohol. After more badgering, "Erica" agrees to write him a letter of recommendation to the board. David thinks she's giving in way too easily, but they get down to the business of writing her letter. As they talk about his evil deeds, David notes that it seems as if "Erica" admires him. She covers saying she hates what he's done, but she recognizes his brilliance. She tells him to write the letter himself and she'll sign it. He leaves to do so. 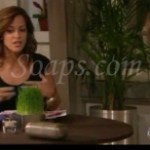 "Erica" finds Greenlee at ConFusion. Greenlee goes off on a tangent about not being with Ryan at the funeral. "Erica" suggests she just go to Ryan and fix things, but Greenlee says she doesn’t know how because there is a wall between them she just can't get through. "Erica" says, "Buy me dinner and I'll show you how to solve the problem." As they eat, Greenlee notes them sharing a meal is a first. After more encouragement from "Erica," Greenlee thanks her for knocking some sense into her and leaves. 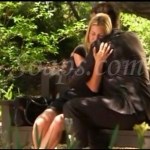 Scott finds Madison and Ryan in the park after the service. He apologizes, but says he couldn’t stay away because he loved Sara too. Madison takes Scott to say goodbye to Sara. Greenlee approaches Ryan, who embraces her. 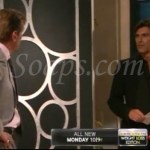 After Jack leaves another message for "Erica" on her phone, David stops by their place. Jack snatches the letter out of his hands and scoffs, saying he will make sure "Erica" never signs it. Once David has left, Erica returns home. Jack tells her David was there, but he sent him on his way.

Madison needs to be on her own.

Jake mulls over hiring Cara back at the hospital.

Ricky calls Griffin out on being in love with Kendall.

How Does Erica Do It Without A...