All My Children: Vincent Irizarry Published in Gladys Magazine. (Updated) 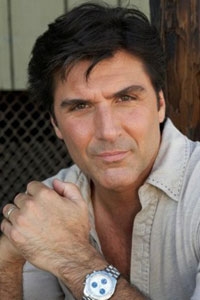 Due to the overwhelming response to Vincent Irizarry’s first article, he will now be a regular contributor for Gladys Magazine. His next column will appear in the Winter 2011 issue which will be on stands in January 2011.

For other actor appearances, check out the All My Children News Room. Join Soaps.com on Twitter @soapoperafan, and Facebook to stay up to date on all the latest scoop.

AMC fans know Vincent Irizarry as an actor playing Dr. David Hayward, but now for the first time he will be a published writer in the upcoming issue of Gladys Magazine.

The issue, which comes out on July 1, will feature an article, described as autobiographical in nature, by Irizarry, who shares how the assassination of Dr. Martin Luther King, Jr. had an effect on him as an 8-year-old boy living in New York City.

Published quarterly, the national magazine “is dedicated to anyone who has been inspired to pursue their dreams by someone they love” and can be found at Barnes & Noble, B-Dalton, Joseph Beth Bookstores, Walgreens, Target, Marriott Gift Shops and many independent stores nationwide.

Will you read Vincent Irizarry's article?

All My Children: Vincent Irizarry...