Moving In.
On the Chandler front, Annie and Scott did the deed and he asked her to move into his room with him. I'm kind of confused as to why he is so accepting of Annie, but regardless, it's sure to get further under JR's skin, even if he did offer to live and let live for the sake of the family and company. Knowing JR, that won't be an easy thing for him to accomplish.

She's Not Pregnant.
Trying to figure out what was wrong with her, Angie ruled pregnancy out after Jesse got excited about the possibility of having another child. We were treated to a nice flashback of the Hubbards back in the day, but in the present, Angie has to figure out what's really wrong with her, while apparently trying to keep it a secret from everyone else. Although, a doctor practicing with blurry vision is a little dangerous in my opinion. I'm just glad Jake is on to her and confronted her about it. Hopefully he'll keep her in check while she searches for answers.

Skipped Story.
Based on the spoilers, there was supposed to be a storyline involving Brot and how he was plagued with memories from Iraq. I'm not sure why we haven't seen this play out or if we ever will, but if they're going to keep Brot around, they need to give him something to do and delving into his past is a good place to start. He was brought on the show to be a war veteran in the first place so why not explore more about what he experienced over there and how he's coping with it now? Or just give him something interesting to do aside from sporadic squad room scene filler. I also don't understand why they aren't pursuing a romance between him and Natalia more heavily. What do you think about Brot's lack of a storyline? Voice your opinion in our poll about Brot's screen time.

That's all I got this time around. What did you think about last week's events on AMC? Are you glad Erica's been rescued? Do you like the new Bianca? Share your thoughts below. 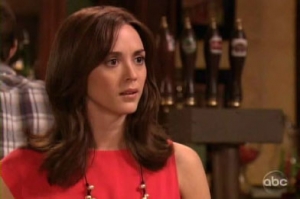 The big news last week was that Erica was rescued and a recast Bianca came home. Of course other things happened as well, so let’s get to it.

Coming Home.
After getting Caleb to soften just a little bit and sort of admit he has loved and lost, Erica was rescued by Jack. Krystal was there too, but she was preoccupied with Caleb’s special brand of hostile hospitality. I’m pretty glad to be done with Erica’s paltry attempts at getting down the mountain herself and her yelling at Caleb over his insensitivity, even if she was justified. Her reunion with Jack was sweet, because his worry over her and reaction to actually finding her was endearing. It should be interesting to see what happens once she returns to Pine Valley and presumably makes Greenlee squirm. Not to mention what the future holds for Caleb.

Welcome Back.
Bianca returned, in the form of Christina Bennett Lind, to find out what was going on with her mother. She correctly assumed Greenlee and David were involved in Erica’s disappearance and is intent on proving it. So far I’m liking Lind’s take on the character and am finding it easy to believe she is Bianca. I often found Eden Reigel’s version to be a little too sweet and kind of fragile, so I’m looking forward to seeing a tougher version of Binx. On a side note, I really wanted Bianca to ask Ryan about his affair with her mother. I thought their moment talking about Greenlee’s involvement in Erica’s disappearance garnered at least a mention of it.

Damon to the Rescue.
When Liza had an allergic reaction to some lobster quiche, Damon conveniently pulled out his EpiPen and stabbed her thigh with it thereby saving her life. Good thing her dress was so easily accessible, but what will this mean for them now? Perhaps Liza will soften towards Damon or maybe he’ll ease up on blackmailing her with the scandalous photos he took of her in lingerie. Other than that, the only point of the scene I could see was for Colby to tell Damon she loved him and to learn both Damon and Liza have life threatening allergies. Good to know. 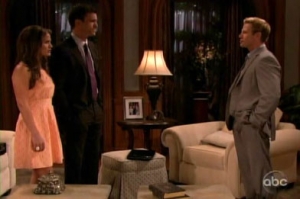 All My Children Archive Photos For Sale. (Updated) 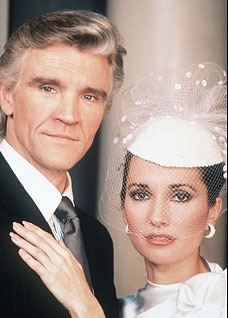