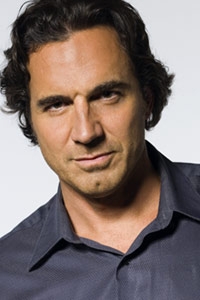 You can catch Jacob in Texas! (ABC.com)

Amanda Baker, Babe, will attend the Celebrity Bartending Event for Pancreatic Cancer on Thursday, December 6 from 7 – 10 p.m.
The even will be held at Blondies, 212 West 79th Street, New York, NY. Cost is $25 at the door.

Susan Lucci , Erica, will appear on HSN, the home shopping network, on December 11th and 12th.

Amanda Baker, Babe, will take part in Kimberly McCullough’s, Robin from GH, Girl’s Night Out Event in Las Vegas in February, 2008! The event will be at the Hard Rock Hotel Saturday, February 16th and will begin at 10pm. Tickets are $100 per person and you can log on to General Hospital Fan Club for more information.

Brent Weber, Sean, will participate in Camp Heartland’s Dance Your Heart Out dance marathon February 2, 2008. The dance marathon runs from 10am – 10pm at the Mall of America in Bloomington, MN.

Previous Actor Appearances:
Cameron Mathison , Ryan is set to host the first annual Caribbean soap cruise! Fans have a chance to go on a "Luxurious 4 day cruise with 10 of the industry's top stars!" Learn the full details here!

Several All My Children stars are headed to Florida for Super Soap Weekend! You can read more about the event here.

On November 5th, Colin Egglesfield, Josh, will participate in the New York City Marathon! You can learn more about the marathon here.

Bobbie Eakes, Krystal, will also take part in the Red to Black party put on by the Workshop Theater Company on October 29th. It will be held at The Zipper Factory in New York City. Click here for more information. Tickets start at $100.

Also on September 23rd, Melissa Claire Egan, Annie, will be signing autographs at the Celebrity Table at the 21st Annual Broadway Flea Market! She will be there from 3pm-3:50pm. The flea market is located at Shubert Alley on West 44th Street in New York City.

Colin Egglesfield, Josh, will be on hand at the Team for Kids Fundraiser at Prohibition on the Upper West Side, New York City on October 19th! Team for Kids is a charity that helps underprivileged kids around the country achieve their best. You can learn more about the cause and the event here.

You can meet Jeff Branson, Jonathan, at the Long Island Oyster Fest on Saturday, October 13th! Jeff will appear in the Verizon/SOAPnet Beauty Lounge which is in the carnival area at the Oyster Bay Waterfront! The event is free to the public!

Susan Lucci, Erica, will be on the road with Regis Philbin beginning in October! Susan and Regis will appear at Bally's - Atlantic City on Friday October 19th and Saturday October 20th. Showtime is 9pm both days. And on Sunday October 21st at 3pm, the pair will perform at Progress Energy Center for the Performing Arts in Raleigh, North Carolina!

Colin Egglesfield, Josh, and Chrishell Stause, Amanda, will appear at the Mountain State Apple Harvest Festival in Martinsburg, West Virginia on October 20th. There will be a parade and other events. The appearance is from 1pm - 4pm.

Jeff Branson, Jonathan, Sabine Singh, Greenlee, Walt Willey, Jack and Aiden Turner, Aidan, will take part in the Designer's Image Meet & Greet on October 6th in Clearwater, Florida. Stars from OLTL will also be on hand. The show runs from 6:30-10:30 pm at the Radisson Hotel Conference Center, 12600 Roosevelt Blvd. Tickets are $85, call (727)410-0427 for tickets and information.

Daytime stars from all of the networks will headline the Daytime Stars & Strikes charity event on Sunday October 7th. Jerry verDorn and Elizabeth Keifer, Blake, GL, will headline the event along with starts from AMC, ATWT, GL and OLTL will be on hand to raise money for the American Cancer Society Research Funding Department. You can learn more by visiting Daytime Stars and Strikes.

Join Bobbie Eakes, Krystal, at the Gifts of Love AIDS Benefit Luncheon/Auction on October 21st. The event will be held at Flushing Meadow Park in Flushing, NY. Tickets start at $75, call (718)896-2500 for more information. Ask for Cathy in Special Events when you call.

How AMC Favorites Got Their Acting...