The Chandlers.
Marissa and JR do absolutely nothing for me, so I'm pretty happy they've broken up and I hope it stays that way. Marissa just isn't that interesting of a character and JR needs more of a force to play off of, such as Annie. Although, I might like her better with Scott. I haven't decided yet. I do like that even though Scott is letting Annie stay in the gatehouse, he's totally on to her and let her know it.

Jack and Erica.
I've never really got onboard with Erica Kane, which might be considered sacrilege by most AMC fans, but I am fairly intrigued by her and Jack's latest go around. I'm pretty thankful I didn't take over this section during her and Ryan's hookup because I'm not quite sure I could have stomached their pairing, but I do like her and Jack, which might be mostly due to Jack. I'm also looking forward to Erica's upcoming storyline with her plane crash and newcomer Michael Nouri.

Jake and Amanda.
They are totally cute and charming as a couple, but I do wish Jake would stop calling her 'Babe' so much. That's really all I have to say about them at this point. I'm not sure where they are going to take them after the whole Janet thing, which after all the stalking seemed to end pretty quickly. I do want to see more of them though and hope they are given something interesting to do as a couple.

Liza and Tad.
I like Jamie Luner as Liza more than I thought I would, although casting her in a different role might have been a better move than bringing her on as a recast. I am not at all interested in Damon and Colby as a couple, mostly because Colby doesn't do it for me. On the other hand, looking at a shirtless Damon does. That aside, I would like to see more of his relationship with Tad unfold, mostly because I enjoy Michael Knight and the ease he shares with the rest of the cast.

The Missing Element.
The one thing I feel the soap is missing is a dynamic male lead. I am totally feeling Adam and Zach's absence, as there needs to be a strong male who drives story and who loves his woman without being sappy. A man's man, if you will. In my opinion, Jack might be the closest to this, but they don't seem to allow him to do much outside of Erica and I've already expressed my views on David, so he's out.

That's all I got this time around. What are your thoughts? Feel free to agree or disagree with me or fill me in on what I’m not getting about Pine Valley. And don't forget to vote in our Favorite Couple Poll. 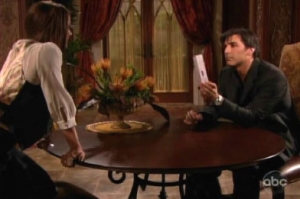 Credit: The jig is up! (Soaps.com)

This is my first blog since taking over the All My Children section from Candace. I’ve watched the show on and off over the years, mostly off this past year, but I’ve kept up to date with the goings on and have a good idea of what’s been happening. So here are my thoughts on last week.

Pregnancy Test.
I’m not entirely sure what the point of Greenlee’s pregnancy scare was all about since it was so quickly resolved. I did wonder though, since we didn’t actually see her take the test or see the results, could she actually be pregnant? Or will she later be diagnosed with something? Or was this simply so she could have a deep meaningful conversation with Ryan and then argue about it with David later?

The Haywards.
I’m not sure how I feel about Greenlee and David as a couple. I enjoyed their relationship as former in-laws who bonded over the loss of Leo, but I’m not sure they should have taken it to this level. I like the idea of them teaming up to wreak havoc, but to me, David mooning over his wife lessens the threat he poses and makes him seem weak.

The Cover Up.
Speaking of David, I’m glad Madison copped to manipulating Ryan before things went too far. I really don’t have much use for Madison so far and I really don’t want to see her and Ryan get together, as I’m not sensing much chemistry between them so far. 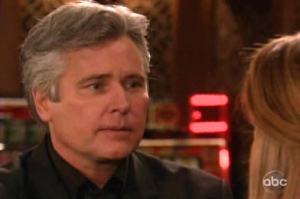 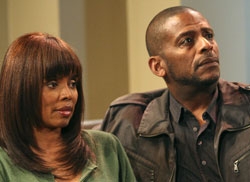