All My Children: Shannon Kane at Brooklyn’s Finest Premiere! 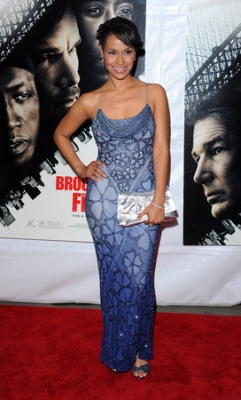 All My Children actress Shannon Kane had a big night on March 2, as she and the rest of the cast attended the premiere of their film, “Brooklyn’s Finest,” at the AMC Lincoln Square Theater on the Upper West Side in New York!

The film, which was shot in the Brownsville section of Brooklyn, stars Wesley Snipes, Don Cheadle, Ethan Hawke, and Richard Gere, who also happens to be Shannon’s love interest in the movie!

“Brooklyn’s Finest,” a drama about cops working a massive drug operation, will hit theaters this Friday.

Soaps.com congratulates Shannon on this exciting time in her career! Will you make a point of going to see this AMC star on the big screen? Tell us in the comment section below! To hear what another ABC Daytime actor had to say about his role in the new film, check out One Life To Live’s Tobias Truvillion On FASHION & STYLE!

All My Children: Emmy...