Bone Marrow Transplant Drama: This is a storyline I'm enjoying. It's been refreshing to see the Chandlers in a moving, worthwhile plot. The scenes between JR and his father are particularly good viewing! Unfortunately, Marissa continues to take away from the scenes she is in - this character just doesn't work. Anyway, with Adam sending Tad to find a mysterious person right when JR needs a bone marrow match, it looks like things will get even more interesting! Good stuff!

Detained: So, David ends up being held captive by Erica (even though I'm pretty sure if he just stood up he would have freed himself), and Ryan holes up with Greenlee in the turret room. Here's the kicker - I loved the confrontation between Greenlee and Erica this week, and loved watching Greenlee and David interact, but the captive scenes between Erica and David, and Greenlee and Ryan this week felt interminable! The word torturous did come to mind - the endless, sometimes repetitive, often nonsensical dialogue was just so not entertaining! When Greenlee started completely losing it on Ryan after he refused to let her go (and refused to stop imploring her to see things his way) - I felt her pain! As David rolled his eyes and asked Erica repeatedly what the point of detaining him was - I really wanted to know as well! These scenes really didn't work for me at all.

Thank goodness for the little giggle between Liza and Tad on Friday, as well as the intriguing crowbar scene with Annie - clever, worth watching, and left you wondering where this is going. Here's hoping that Brooke's return adds another layer to the show - can't wait for that!

What were your impressions of the past week on AMC? Share your high and low points with us at Soaps.com using the comment section below! Did you vote in our Saturday Teaser Poll: The Mystery Son? 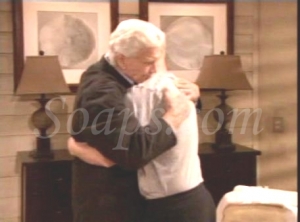 There were some good scenes this past week on All My Children, particularly from the heavy-hitting actors on the show. That said, some of the scenes with endless dialogue were horrible to sit through! Here’s how it all panned out:

At the Chapel: I found it interesting that it was more riveting by far watching Annie and Ryan argue at the church, than watching Ryan harass Greenlee about her true intentions and feelings.

Fly ‘Em In: The hair and makeup crew from New York, that is! The new bunch in L.A. are really having trouble making our stars look as good as we’re used to seeing!

Colby Conundrum: As much as I’m enjoying seeing Colby bait Annie, interact with JR, and with Damon, I’m disappointed that she is behaving like she’s sixteen again. The storyline might be better if she were to act slightly more mature and edgy, as opposed to spoiled and mouthy.

Annie/Scott: I really don’t get this. Where is Annie coming from where Scott’s concerned? She could have chosen to be with Scott a long while back if she was that attracted to him – he would have offered her stability and credibility as much, perhaps more so, than Adam! Thankfully, wishy-washy Scott finally took a stand on the situation this week.

Angie’s Stress: Wow, you could really feel her stress and tension this week – great acting! Jake was pretty powerful in her office too, but I just wish he’d get off the David kick – it’s old. I love Jesse and Angie and look forward to seeing them find their way back to a better place relationship-wise.

All My Children Saturday Teaser Poll: The Mystery Son!

All My Children: Susan Lucci and Cameron Mathison To Dancing With the Stars? 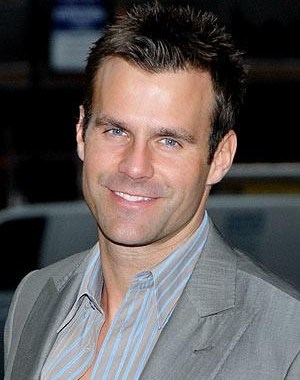