Open Up! It's Ryan: What gives Ryan the right to go around bursting into people's homes and informing them that he will be taking a good look around before he leaves?! It's another example of ridiculous writing - can we at least have a modicum of reality? C'mon - David would have sucker punched him and then showed him the door - if he'd let him in at all!

The Painful Truth: The scenes where JR told Colby the truth about his cancer were moving - in large part because of Jacob Young's talent. Kudos.

Colby/Damon: For some reason, this is working for me. I like the idea of them hooking up and proving his innocence, while ticking off her parents.

Freaky Friday: I don't know what happened, but Friday it was like watching a different show! There were the funny scenes with the Martins instructing Ryan how to swirl his tea leaves, the fabulous, chemistry-laden scenes between David and Greenlee (I wanted them to kiss for real!), and the great cliffhanger of Erica answering the door to an unexpected guest. Yes, we're all hoping it's Jackson! The insipid scenes with Erica trying to charm David were the exception in this episode, but overall, I was relishing what was happening - and was left anticipating the next episode eagerly - imagine that!

What were your impressions of AMC this week? Share your thoughts with Soaps.com in the comment section below! 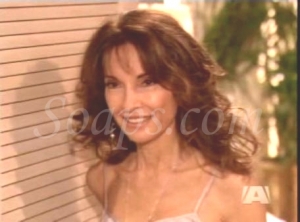 It was a strange week on All My Children. Just when the stupidity of the storylines seemed to peak at an almost unbearable level, it suddenly got good on Friday! Here’s the weekly re-hash:

Who Came Out on Top: Yes, the Tad/Krystal/Rob/Liza storyline had a few zingers this week, but for me it was impossible to get past the unbelievable fact that Tad got a phone call about Krystal being in the hospital! Not only did Frankie completely and totally violate the confidentiality and privacy of his patient, but Krystal’s boyfriend was already there with her – and, hello, she’s an adult! To me, there was no reason on earth for Tad to be called to the hospital, other than to make one-liners and create screen time for Tad and Krystal. I just couldn’t get past how ridiculous the premise was, in order to enjoy the fallout.

David’s Back in Town: David’s return caused viewers interminable agony as we had to sit through more inane scenes of Amanda and Jake obsessing over Hayward, not to mention another scene with Marissa trying to express anger and hostility, which just doesn’t work for the character.

Keystone Cops: Did anyone else want to kiss Brot when he told Natalia she had a huge ego and acts like she should be heading up every investigation? It was one of those satisfying moments when the very words you want to say come out of a character’s mouth at just the right time! As for Jesse, he’s so beaten down at the Pine Valley police game, he no longer even mounts a protest when citizens tell him he’s incompetent! I would like to see Jesse come out on top and get back the respect he deserves!

The Worm: In another brilliant storyline move, Greenlee gets so mad at Erica and Ryan that she destroys her own company! There are no words…

All My Children Saturday Teaser Poll: Who's Caught Kissing?

All My Children: L.A. Politicians to Appear! 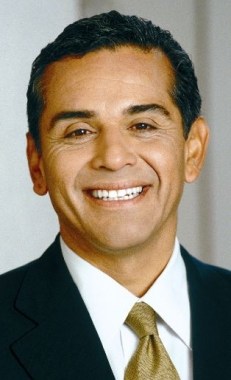