Brotalia: Otherwise known as Brot and Natalia. They have decent chemistry, but Natalia needs to stop acting like a spoiled child if I'm going to appreciate anything she does. She reminds me of a little girl in pigtails, pouting and stomping her foot!

Greenlee's Return: While probably one of the storyline points I'm anticipating the most right now, I'm just finding the writing to be painfully predictable. Most of us could have penned this plot in grade school! It's just too obvious to have Erica and Ryan suddenly go public with their romance at the exact moment that Greenlee returns to town. Having Ryan gazing at the moon in every other scene just makes me roll my eyes - and leaves me feeling that I need more from this story.

Odd Favorite: Strangely, one of my favorite storyline points of the week turned out to be the Colby/Damon dynamic! Surprisingly, I found myself hoping they would come back on screen. The whole star-crossed pairing thing is compelling - but so is the idea that Adam will hate it!

I'm getting excited about the return of Brooke, and for Greenlee to find out the truth and react! What storylines are you enjoying on AMC? Which ones are throwaways? Let Soaps.com know in the space below and be sure to vote in our Saturday Teaser Poll - if you haven't already. 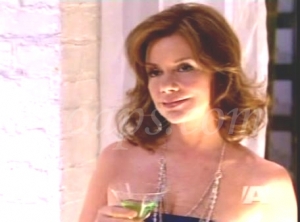 There were some good moments this week on All My Children, but on the whole the stories still have a very predictable feel – nothing too intriguing is happening. Here’s the lowdown on the main plot points this past week:

Krystal’s Little Green Monster: As I suspected would happen before long, Krystal’s jealousy over Tad and Liza’s rekindled romance flared up this week. Anyone could tell that Rob was just a prop, and that a triangle is in the works. Personally, I love the chemistry between Liza and Tad – they’re funny, fun, and sexy – and while I was a Krystal/Tad fan at one point, it seems she had her chance. The good news? At least viewers might care enough to take a side and have an opinion!

The Break-Ins: Does anyone have an idea who could be the real culprit behind the rash of break-ins based on the clues? Does anyone care? Just asking…

Jesse and Angie’s Struggle: While this isn’t the most electrifying storyline going, I love these two actors (and characters), and respect the fact that this is a very realistic situation for people in high-pressure jobs to face. Pretty good!

Madison! Your Fangs are Showing: Madison’s fangs have been peeking out this week! I knew she wasn’t reformed that easily! While I find it mildly intriguing to see what might transpire between her and Randi, it’s really not enough to build story around – neither of them are that compelling.

All My Children Saturday Teaser Poll!

All My Children: Leven Rambin Engaged to be Married! 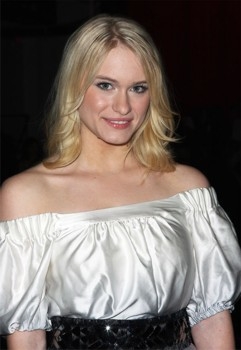