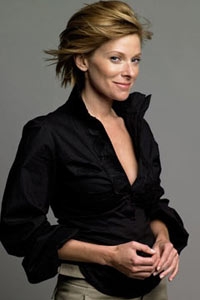 Within a few short weeks, All My Children writers have managed to kill off several of their leading ladies, leaving viewers wondering what is coming next.

Simone Torres became the first victim of the Satin Slayer in December. Next to fall was Erin Lavery, and the secret was out: there was a serial killer on the loose in Pine Valley. Readers seemed willing to go along with the storyline until one of their favorites, Dixie Cooney Martin, became the third victim when she ate some poisoned pancakes intended for Babe. The accidental death of Dixie, a beloved Pine Valley resident had new and die-hard viewers incensed. When Babe Chandler became the apparent fourth victim early this week, even more angry fans began to react to what they see as a betrayal by the AMC writers.

Here are a few of the emails we’ve received on the matter:

Rosemary S. writes, “I just wanted to say that I think it would be terrible of the network to write the character “Babe” off the show. She is an asset to the show and I really would hate to see her character leave the show. Thanks.

Nancy C. writes, “Erin, Dixie and now Babe. . . my family and I are debating on giving up on our once beloved soap. I’m tired of crying over characters that I’ve come to love being murdered.

Melanie H. writes, "What the heck are you doing? Killing off all of the good characters. Dixie now Babe."

Rebecca G. writes, "Shame on you for killing Dixie...that was dumb, too. We want life not death."

Actress Cady McClain, who plays Dixie on AMC, has been fairly quiet about the whole matter. But on Sunday February 11th she posted a message on her personal blog to confront the issues.
You can read the whole blog post here.

In the post, Cady talks about being let go from her show contract and her disappointment in the matter. "Am I upset about losing my job? Yes and no, but ultimately, not really. It�s great to have a break, to rest, to audition, to feel like the future is a wide open door. I feel bad that the fans did not get the happy reunion they were promised," Ms. McClain wrote.

She also tells watchers to have hope and not let the show go just yet. "Do not stop watchingAll My Children. There are some good actors on that show, the producers are trying new and innovative things, and the writers are trying out lots of concepts and ideas that you may ultimately find very entertaining," she wrote.

On the topic of Babe Chandler's apparent death, the writers haven't released the final word. Alexa Havins, who plays Babe, is still under contract with AMC so her "death" could turn out to have been a ploy to draw out the serial killer. There is hope, fans!

If you do want to suggest an idea for the show or let them know how you feel about recent events, Cady and we suggest you write the show. The producers and writers will listen to your thoughts and ideas. Here is the address:

You can also email the show at: netaudr@abc.com. In the subject line write All My Children.

Broadway Stars To Appear On All My...