All My Children: Chrishell Stause on Crimson Mask Panel! Updated! 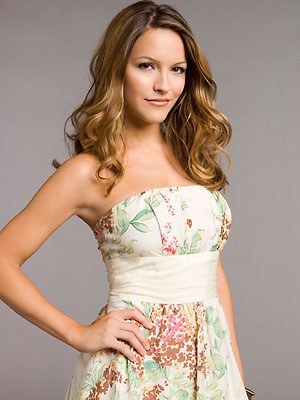 Chrishell Stause’s film, “The Crimson Mask,” in which she plays the character Jules, will be shown at Cannes this year! Any Soaps.com readers who want to check it out can pre-order it from Amazon!

All My Children actress Chrishell Stause, who plays plucky Amanda on the Daytime drama, will be lending her professional opinion to a panel this weekend!

Chrishell will sit on a discussion panel after the screening of indie film, “The Crimson Mask,” which will be presented by Village Picture Shows in Manchester, Vermont this Saturday September 19 at 8:00 PM.

The film has already won 13 major film festival awards, and surrounds the story of two men from different worlds who are both down on their luck. One is an ex-prize fighter who threw a fight and now has a group of gangsters after him for money. The other lead is a Wall Street investment broker who overplayed his hand and now has a group of people after him for everything he owes them.

Sitting on the discussion panel along with Chrishell will be actor Robert Clohessy, who appeared regularly on HBO’s “Oz.”

Soaps.com hopes that Chrishell enjoys the screening and her time on the panel! Have you ever been to a film festival? Share your experience with Soaps.com below!

All My Children Snap Poll: Will You...