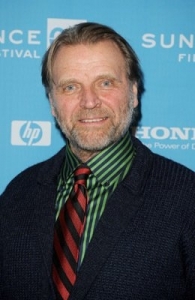 Soaps.com has learned that Rebecca Budig’s appearance on “How I Met Your Mother” will be Monday, April 27. Check your local listings for times and channels.

Daytime television has always been a breeding ground for future Primetime and movie stars. Now two former All My Children actors are proving that adage to be true – by making good in Primetime!

Since leaving Pine Valley David has appeared as a guest star in several Primetime dramas including “Law & Order” and the film “Burn After Reading.” Now he’s landed the role of Calvin Hartley on the hit “Ugly Betty.” The show returns to ABC on April 30.

After learning that Zach (Thorsten Kaye) had kissed Reese (Tamara Braun), Greenlee hit the road – just before her wedding! – to find Zach and question him. Kendall (Alicia Minshew) found out at the same time and also hit the road. Driving erratically, she wound up driving Greenlee off the road; Greenlee’s body was found several weeks later and DNA confirmed that she was dead.

Rebecca has landed a guest starring spot on the hit sitcom “How I Met Your Mother.” She will play Holly in the comedy following Ted as he searches for the love of his life.

Rebecca has also landed a role in the upcoming comedy “Please Give.” The film is still in production. The comedy follows a husband and wife who continually argue and butt heads with the granddaughters of a woman living in an apartment they own. Rebecca plays a character called Bigback in the film. Amanda Peet, Thomas Ian Nicholas and Catherine Keener also star in the film.

Congratulations to Rebecca and David from Soaps.com! 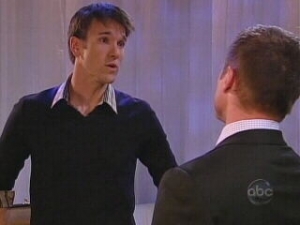 All My Children Video Promo: Who Killed Dixie?