Teenage dream.
Do we really have to wait until next season for Miranda to tell AJ how she feels? Such a bummer! At least JR’s unwillingness to give AJ some privacy paid off when he interrupted AJ and Heather getting busy on the bed. Again, Heather just seems so aggressive and fast when it comes to getting physical with AJ. What’s the rush? They’ve only been on a couple of dates and she jumped on him like talking about jalapenos on ice cream was the ultimate turn on. It seems Heather could turn evil in a heartbeat, and odds are next season she is going to become exactly that when she realizes how much of a rival for AJ’s affections Miranda really is.

JR’s revenge.
JR’s apology to Brooke was a little unemotional and very reminiscent of who we know JR to be. Whatever his plan is, it’s sure to be devious, dangerous and probably more than a little misguided. Cara is sure to get hurt in the crossfire, because once David finds out that Oliver is his, he isn’t going to just share custody with Cara. He’s going to fight dirty to get it all.

Watching JR team up with Colby next season is something else we are looking forward to, but with David’s little reminder to Colby about the $30,000 he lent her - finally the strings attached to that loan became clear – her loyalties are definitely divided. Colby has many dimensions, and the bad girl version is just a cover for the hurt little girl rejected by daddy. She has made some poor choices and is sure to make more. She’ll just have to live with the emotional repercussions.

Missing?
There was absolutely no mention of Celia and her visions or her relationship with Pete, and Zach and Lea were also denied any mention in the finale, which added to the anti-climactic nature of it all.

Read Soaps.com’s All My Children Season One Finale recap for all the details about how the season ended in Pine Valley. 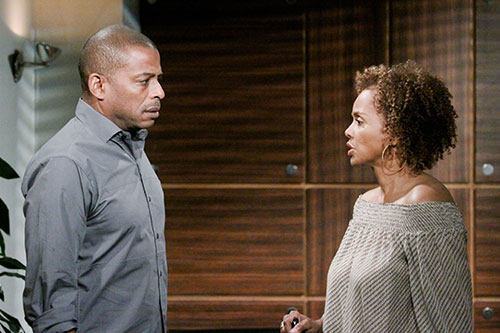 With so many storylines in the air it was unrealistic to expect resolution on everything, but the finale really seemed to end on a whimper rather than a bang. It’s probably unfair to compare the season ender in Pine Valley with the exciting shocker over in Llanview, but it’s hard not to. Overall, we got a lot of romance without many sparks, leaving quite a few relationships in limbo. We’ll just have to wait for next season to get more invested.

Big fat liar.
Jesse is just a big old Liar McLiarson! It seems it is actually impossible for him to tell Angie the truth. Here she is, forgiving him all the time and offering him incredible advice about opening his own detective agency, and he just keeps lying to her about everything. That was no empty threat when David told Jesse that one day Angie was going to wake up and realize she could do better than him. If she learns about Jesse’s secret search for Uri, that threat is certain to become a reality.

Tad’s return.
Tad’s reveal would have been much more dramatic if things had progressed a little faster between Dixie and Dr. Anders. We know there is supposed to be something growing between them, but if Tad comes back before they get close, where’s the drama? We still don’t really know anything about the mysterious doctor. However, Joe has been holding down the fort back home really well without Tad – love him! One of the best surprises this season was how much Joe was utilized, providing support and some darn good advice to those he loves.

That sparkle.
Dimitri has been using all that royal charm to impress upon Brooke how desirable she is, and what Daytime lady could resist constant attention like that when her fiancé has been AWOL for months? Their kiss was full of emotion, so definitely looking forward to more of that next season – and hopefully a battle royale between Adam and Dimitri over Brooke – and Chandler Media. 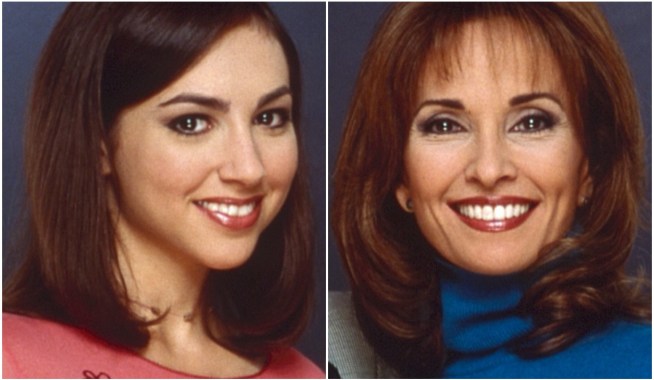