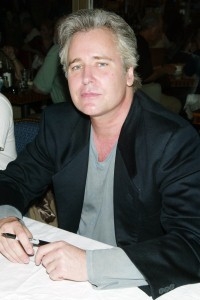 This week there’s a TV movie premiere, a familiar face comes to Primetime, someone’s making a movie and we just learned it’s a boy!

All My Children on Mondays and to OWN.
“AMC” fans were treated to good news this week when it was announced that All My Children will air on OWN for an exclusive soap summer fling. Soaps.com also has the scoop on changes to TOLN’s episode release dates offering even more flexibility to fans.

Paula Garces shares her rise to acting.
We were recently thrilled to announce that Paula Garces (Lea Marquez) is currently expecting her second child (a boy) with her husband, Antonio Hernandez. Did you know that Garces has a 21 year old daughter and pursued acting as a teen mom? Garces joined Cafecito on NBCLatino to discuss her acting career and the dynamics of being raised by a single mom and of pursuing acting as a teen mom. In addition to her movie work and online acting role on “AMC,” she is also the comic book/video game author of the popular Latina character, Aluna. Check out her interview!

Flip Fantasia: a Cady McClain short film.
Cady McClain (Dixie) never ceases to amaze. She is currently working on her first short film as a director. She’s sharing cool pictures of the experience of making a film about love, death, and real people.

Michael E. Knight to Drop Dead Diva.
Fans of three-time Emmy winner, Michael E. Knight (Tad Martin), will be ecstatic to hear he is returning to TV. Knight can be seen on the July 14 episode of “Drop Dead Diva” which airs on Lifetime. His quirky character, Charles Van Horn, is a sue-happy lawyer who will represent himself in an odd court case about his dog’s unplanned pregnancy. Knight sat down recently with TV Guide Magazine and discussed how happy he is about the “AMC” comeback. He indicated he may be up for a visit to Pine Valley someday.

Elizabeth Rodriguez: Orange Is The New Black.
Netflix will premiere "Orange Is The New Black" on July 11. The show, which Netflix already renewed for a second season, is a comedy drama about a woman sent to federal prison after being caught with a suitcase full of drug money. Elizabeth Rodriguez (ex-Carmen Morales) plays recurring character Aleida Ramos. The series, by the producers of "Weeds," is based on a true story.

Preview: The Perfect Boyfriend with Aiden Turner.
We've had a sneak peek at Aiden Turner's (ex-Aidan Devane) new TV film, "The Perfect Boyfriend" which airs Friday July 5 on LMN. No spoilers here, but we can honestly say viewers won't want to miss this movie filled with intrigue, murder, and jealousy. All performances were great and Turner captivated as a cold-hearted con-man. Here's a preview.

Denise Vasi featured in Deluxe Swiss Made magazine.
VH1's "Single Ladies" star Denise Vasi (ex-Randi Hubbard and Raquel on "Single Ladies") was featured in June's Deluxe Swiss Made magazine where she talked about her success and upcoming marriage. It's easy to see why this former model is featured on any magazine's cover. Here's yet another gorgeous photo of Vasi that she shared on Twitter.

Ambyr Childers' Ray Donovan premiere.
Showtime's "Ray Donovan" premiered this weekend and successfully surpassed the premium cable network's viewership records. The first airing brought in 1.4 million total viewers. When on-demand viewership from two weeks prior to the premiere was added, totals topped 3 million. Ambyr Childers (ex-Colby Chandler) plays Ashley Rucker who hired Donovan, a fixer, to solve a problem. Give us your thoughts on the show.

AMC history.
As current events show, Dr. David Hayward has no problem manipulating others to get what he wants. One area in which he excels at this is in his relationship with women. One woman in particular who he had a history with was Dixie Martin. From 1998 to 2002, he had saved her life and tried to come between her and Tad. His fixation on her only strengthened his hatred for the Martins. He used anything at his disposal to influence Dixie, including drugs to involve Tad in a one-night-stand to break them up. In the end, he failed, and she was done with him.

Catch up on the "OLTL" actors every Tuesday with the One Life To Live Soap Digest.