Aiden Turner in The Perfect Boyfriend.
Aiden Turner (ex-Aidan Devane) is staring in the LMN movie "The Perfect Boyfriend" as Jacob, which will air on July 5. Jennifer Taylor ("The Waterboy") plays his wife and partner in crime, Karen. The couple targets a woman who meets Jacob and believes him to be the perfect boyfriend. Unfortunately, she doesn't realize he's hiding a dark side, not to mention a wife.

Finn Wittrock: Romeo And Juliet.
Finn Wittrock (ex-Damon Miller) is scheduled to appear as Romeo in the Classic Stage Company's production of Shakespeare's "Romeo And Juliet" this coming fall when the season kicks off in September 2013. Wittrock was in last season's Broadway production of "Death Of A Salesman" and recently finished a production of "The Guardsman" at the Kennedy Center in Washington D.C. Fans should be in for a treat. Wittrock, a graduate of Juilliard, has played Romeo at the Shakespeare Theatre Company. His body of work includes a long list of Shakespeare classics including the "Twelfth Night" and King Lear." We'll keep you up-to-date when the time grows near.

SyFy to re-air American Warships.
Mario van Peebles (ex-Samuel Woods) fans can see a repeat airing of Thunder Levin's film "American Warships" June 27 on SyFy. This low-budget film featured mostly local crew and actors from Delaware. The majority of the movie was filmed aboard the U.S.S. North Carolina. Peebles leads an about to be retired battleship into a war against an alien invasion.

Tonya Pinkins in Still More Of Our Parts.
Tonya Pinkins (ex-Livia Frye) loves New York and New York loves her. She will finish out this week in Theater Breaking Through Barriers' (TBTB) production of "Still More Of Our Parts," a collection of six ten-minute plays about disabilities. TBTB is an Off-Broadway company that produces productions integrating artists with disabilities with able-bodied actors. Pinkins plays a Hollywood manager in "Supernova in Reseda" piece about a terminal ill actor. The play runs through Friday at the Clurman Theater in New York.

Terri Ivens joins cast of Tainted Dreams.
We're excited to hear Terri Ivens (ex-Simone Torres) will join former "AMC" alum, Alicia Minshew (ex-Kendall Hart Slater) in "Tainted Dreams." She's playing two characters on the upcoming web-based soap, a soap character named Brittany and the actor portraying the soap character named Cassandra. Ivens is also busy acting on the big screen. She'll soon appear in "Chicks Dig Gay Guys," a comedy about two pickup artists, and "Untold," a movie based on a true story about a woman's childhood abduction. Both movies are yet to be released but we'll keep you in the loop.

Emmys red carpet interviews with AMC actresses.
If you want the exclusive on show developments for three popular characters don't miss the AMC Daytime Emmy Red Carpet Interviews to get the dish on Cassandra, Miranda, and Dixie. You also won't want to miss Heather Roop's red carpet interview to find out what's in store for Pine Valley's favorite barista. Check out her gorgeous dress as well.

AMC soap history.
On this day in 1993, Dixie argued with Tad over his attempt to help Ted, his look alike, and Kendall Hart and her half-sister Bianca Montgomery compete for Erica's affections.

Also catch up on news of the actors from "OLTL" every Tuesday with the One Life To Live Soap Digest. 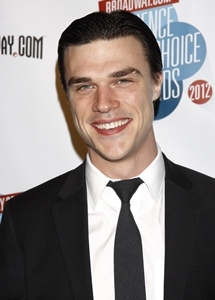 This week, get the scoop on all things theatrical, who’s on Primetime TV, and more from the red carpet of the Emmys.

Former AMC writer leaving WWE.
David Kreizman, former Emmy Award winning writer for “AMC,” who has given notice to the WWE (World Wrestling Entertainment) that he will be leaving their creative team, will be staying on till the fall to close out the season under his direction.

No more saying S*** or F*** on the show!
Changes were implemented Monday to remove swearing from “AMC” online after many fans spoke out against it. As an online “AMC” fan, how does it make you feel?

Stacy Haiduk on Twisted.
Stacy Haiduk (ex-Hannah Nichols) is scheduled for two episode appearances in a murder mystery show on Primetime TV. Find out more about the character Haiduk is playing on ABC Family’s Twisted.

Leven Rambin promotes Percy Jackson.
When asked on ask.fm what the best film or project she’s worked on was, Leven Rambin (ex-Lily Montgomery Laver/Ava Benton) responded, “All of them were good but I choose PJ.” Rambin’s new movie, “Percy Jackson Sea of Monsters,” opens August 8. Check out the recently released movie poster.

J.R. Martinez: Full Of Heart!
J.R. Martinez (ex-Brot Monroe and winner of the 13th season of “Dancing With The Stars”) had a recent book signing for his first book, Full Of Heart: My Story Of Survival, Strength, And Spirit. The book recounts his inspirational journey following the tragedy he survived in Iraq while serving his country. Proceeds from the book sales will benefit Operation Finally Home, an organization which provides mortgage-free homes to wounded veterans. Martinez, a spokesman for the organization, is also the 2012 National Red Cross Spirit Award recipient and the 2012 National Disabled American Veteran of the Year Award recipient.

Yaya Alafia expecting with new husband?
Yaya Alafia, formerly DaCosta, (ex-Cassandra Foster) may be expecting a child with her new husband, indie film director, Joshua Bee Alafia. While many question if she’s even engaged, let alone married, she’s been seen on a movie set sporting a baby bump. Alafia has been busy with her acting and is wrapping up post-production of “The Butler,” a movie about the life of Cecil Gaines, head butler for eight presidents from 1952 to 1986. The movie will be in theaters on August 16.

Bobbie Eakes to sing with Band of the Air Force Reserve.
Bobbie Eakes (ex-Krystal Carey Chandler) will be a part of the farewell performance at the Warner Robins Independence Day Concert scheduled for July 3 at McConnell-Talbert Stadium. Sadly the band is being eliminated due to budget cuts. Eakes has a long-standing history with the band, having performed with them for the first time when she was a high school student. The band’s rock ensemble Reserve Generation and southern rock band Stillwater will be part of the farewell celebrations.