All My Children Dayplayers Introduced! 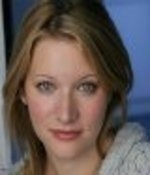 We see them every day, but many actors who appear in our favorite soaps don’t have their names in the headlines. Soaps.com likes to feature these hardworking dayplayers from time to time. Recently, a host of dayplayers have arrived in Pine Valley – from soldier friends of Brot’s to new doctors at Pine Valley Memorial.

Here is a bit of a scoop on some of these familiar faces!

Alice Barrett Mitchell (ex-Frankie, Another World) recently appeared on All My Children as a minister. The minister conducted the christening ceremony for baby Gabrielle soon after Bianca gave birth. Alice is best known for her role as Frankie on “Another World”; she recently appeared in a short-term role on One Life To Live as Dr. Morrison. She has also appeared in Primetime dramas such as “New Amsterdam”, “Conviction” and “Profiler”.

Before the minister could christen little Gabby, there was a scene at the Slater home – when the first minister Erica hired refused to conduct the ceremony! Saying he didn’t agree with gay and lesbian lifestyles, that minister (played by Daniel Pearce) told Bianca, Reese and Erica to find another minister! Daniel has had a long career as an actor, guest starring in Daytime dramas such as As The World Turns and in Primetime dramas such as “Law & Order: Special Victims Unit” and “Law & Order”. He also appeared in the 1998 feature film “Godzilla” in Japan.

Since the tornadoes hit Pine Valley in October there have been many new doctors on the scene around Pine Valley Memorial. One of these, Dr. Shaw, was played by Greg Kachejian. Dr. Shaw cared for Kendall until she was sent to a Canadian specialist. Greg Kachejian has also appeared in small roles on OLTL

Remember the island cop that Ryan pushed around while he and Annie were searching for Emma? He was played by Alfredo Narcisco! Alfredo is currently working on the film "Spring in Her Step" with Mario Van Peebles (ex-Samuel Woods). The film is set to release later this year. Congratulations, Alfredo!

Heather Kenzie took on the role of Di in November. Although only on screen for a few episodes, Heather managed to win over many Pine Valley fans! The AMC is one of the biggest Heather has had so far; she also appeared in an episode of "Law & Order" in 2007, but Soaps.com is certain that we'll see much more of Heather in the years to come!

There you have it, fans, you are up to date with a few recent dayplayers from Pine Valley! If you have a question about an actor you have seen on the show, drop us a note in the comments area. Soaps.com will try to find out more about them!

New All My Children Video Clip...