The women in Pete's life.
Ah, Pete, dude has it going on in the lady department. One out of three isn't bad though. Celia's great for Pete, but one can't help but feel they are watching some old romance picture where we are waiting for it all to work out in the end. It's a given that all those books have a meddling character or two like Opal and Evelyn. How coy can one person be? I was hoping Opal was going to make Evelyn squirm by asking questions about the great secret guardian. She was just there to make a bit of trouble which was confusing since initially she seemed set on Celia keeping her Pete in Pine Valley for her. Maybe they don’t belong together. It would seem the two of them should have been putting their computer skills together by now to figure out who the secret guardian was.

The mystery surrounding the mystery man.
We were teased last week and this week nothing? Surely the story could have included another clue. Don't leave us hanging. We got more of a glimpse of late arrival Billy Clyde Tuggle in one day than we did in three weeks of the secret guardian.

Business or pleasure?
Zach and Lia. Need I say more? Okay, let's say it. If Zach's wife doesn't come back to him, a pairing of Zach and FBI agent Lia, aka Sinnamon, could be spicy.

Check out the latest AMC Soap Digest to get information on Jason Derulo's upcoming performance in Pine Valley. 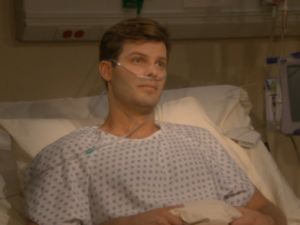 This week, the events of five years ago started to unfold… but it doesn’t help the person responsible if they can’t remember why they did what they did. Of course, amnesia or not amnesia is the real question.

I did what?
It is a bit confusing as to why the guy who brought the gun to a party five years ago that caused a tragedy woke up and wasn’t under arrest or questioned by the authorities. That being said, even stranger is the fact that David was still wandering around the Pine Valley Hospital. I’m waiting for the scene where we find him holed up in the basement boiler room with a mattress on the floor and pictures of future victims taped to the wall. Apparently restraining orders are unnecessary documents in PV. As luck would have it, or as there was no way possible for this not to happen, David showed up when JR was unguarded and spilled the beans, his special recipe shall we say, of what JR did five years ago. Both Dixie and Jesse need lessons in full disclosure to loved ones. Don’t look now; David was spotted at Jane’s. The coffee must suck at the hospital.

You did what?
JR heard everything that was said in his room while in a coma. Was he threatening Cara about her and David’s baby or making a friendly observation? Now I’m wracking my brain to remember all the conversations that took place in his room. A lot of chatter must have gone on in the last five years about what happened between him and David at the party. Is JR really faking his amnesia? This was a nice twist to the end of the week. 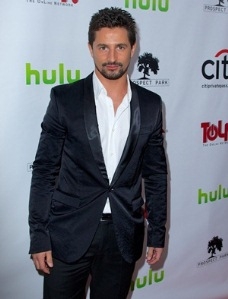 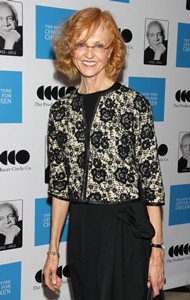