Surprises.
Viewers were handed a number of surprises this week but the big reveals were Marissa was in the grave, JR was in a coma, and Cara was hiding a child somewhere. It took all week to bring what happened five years ago to the forefront. We still don't know what JR's intent was that night, so hopefully David will think twice and be as curious as the rest of us. Don't choke him just yet!

Meanwhile, who is this Celia Fitzgerald with a mystery guardian that even she does not know? She's 18, but if that is in soap opera time it might be a while before we get a clue. Adding Evelyn to the mix doesn't help matters either. Brooke said Celia is a computer whiz. Not sure what she is a whiz at, but if I were her it is time to put those skills to use to find out who that mystery guardian is.

We are the love we give.
After episode one, every time I hear the new theme song by Imaginary Friend I think something good is coming my way…and it does, another episode of "All My Children." It could be subliminal messaging to make viewers tune in somehow but after week one it's obvious the show stands on its own merits. If you agree or disagree, take the time to vote. Tell us if you're hooked.

Read the 40th Annual Daytime Emmy Awards Nominations to hear who made the final cut. 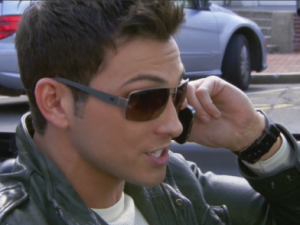 If not for you we would not be here. Monday was an historic day for soap fans. We can now be witnesses to love, mystery, sadness, and revenge.

How sweet it is.
Whether it was the sweet sound of Adam proposing to Brooke, or the sound of Opal welcoming home Pete, fans got the assurance that while “AMC” may be entering a new chapter, it brings with it a good bit of the past. No time was wasted building new storylines that got us hooked. If viewers thought they would tune in Monday and find all of the loose ends tied up in one sitting from the last network television episode that aired they would be disappointed…or maybe pleasantly drawn in.

So that’s how we roll?
It is five years after the end and everyone is all grown up. Pete Cortlandt arrived on the scene in his new fast sports car. He was also attached to his phone and addicted to caffeine. There seems to be a great deal of effort in turning him into the spokesperson targeting younger viewers. It seems passé and the emphasis placed on it to promote the switch in TV viewing to online viewing is over the top. Pete is a likeable character otherwise. What’s not to like. He’s handsome and Opal’s son…and he’s smitten with the lovely Celia.

The teen scene is well developed for having two core characters appearing this week. Miranda and AJ already are pulling at our heartstrings.

Mobsters.
Don’t put a soap on the air without adding a mobster or two. Check. Add a kidnapping. Check. Someone was kidnapped in episode one by the Russian mob. No stone was left unturned here. Where there is a casino there must be mobsters, and a nasty one at that. 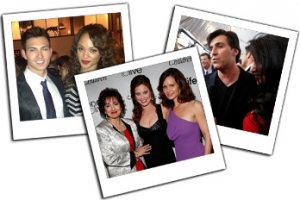 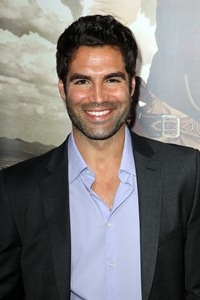