I love a little David drama but could someone give Krystal a clue already. I mean a big clue because, jonsing for more of David's pills or not, Krystal is acting crazy. She knows David is drugging her and she still keeps turning to him? What woman does that? Especially the formerly-feisty broad from the country. Get rid of this pod-person and give us the real Krystal!

Same goes for Amanda. I've said it a few times now: Amanda is no saint and she loves money. But Amanda wouldn't go so far as to take Little A's father from him; not after the way she grew up. Just wouldn't happen! At the same time, I like the lack of filter that drunk-JR has – boy does he call them straight! Can't wait until he goes after David and Krystal!

Pot (Bianca) meet Kettle (Reese). What do I mean? Bianca's lack of trust in Reese is killing me. Seriously. And she thought bringing Simon to Pine Valley would ensure that Reese wouldn't dump her the way she dropped him? What planet is sweet little Binks living on? Oh, and while we're on the subject Binks has no room to throw around the 'you're lying to me' card when she failed to tell Zach, Kendall, Erica and a million other people that she was carrying Zach's baby!

You know, I never thought I'd say this but bring on Erica, Kendall and more more more more Adam. These characters are so needed in Pine Valley right now! Ryan's about the jump off the deep end with Greenlee, Bianca is acting like a nut and Amanda's about to kill reformed-JR. Some witty repartee between Erica and Adam would go so well against this backdrop! And I want to hear Kendall's reaction to the Binks Baby News saga – now!! 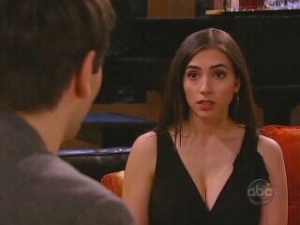 New year, same old stories! At least, it sometimes seems that way. With Tad out of the picture, Krystal has been playing fast and loose with David. With Annie in lockdown, Ryan is out re-proposing to Greenlee. With Amanda pushing him, JR is drinking again. Looks like the more things change the more they stay the same!

I’m a sucker for a great romance – you guys know that by now – but the latest Ryan and Greenlee pairing isn’t a great romance to me. And not just because we’ve been down this road a time or twelve before. You know what is keeping me from investing in these two this time around? All of the ‘We can work’ ranting and raving by Greenlee. Oh! And a little thing called Ryan’s still valid marriage to Annie. Call me crazy but proposing to one woman when you’re still married to another – and that marriage will be a long time dissolving thanks to Annie’s committal – is just wrong. On so many levels.

Forget that this is Soap Opera Land, real life or fiction, a quickie divorce to a mental patient isn’t going to happen. There have to be court hearings to determine Annie’s competence, court hearings to appoint a guardian to protect her rights and then the judge can actually hear the divorce proceedings. This isn’t a simple ‘irreconcilable differences’ case. Come on, writers! 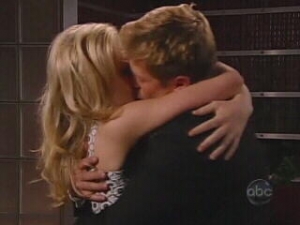 All My Children Year End Blog!!

New All My Children Video Clip Promo on Soaps.com!