Natalie Hall in Oxygen:
So far she isn't reprising the role of Colby Chandler, but Natalie Hall might be seen on TV again soon. Hall has been cast in The CW's sci-fi pilot "Oxygen." Also starring Aimee Teegarden ("Friday Night Lights") and Matt Lanter ("90210"), the show centers on the relationship between a human girl and an alien boy.

Walt Willey in Love Letters:
From March 14 – 17, Walt Willey (ex-Jack) will be seen in The Island Theatre Company's encore production of "Love Letters" on Marco Island, Florida. He will appear opposite local talent Kathleen Gravatt in the story of two people who correspond through notes, letters and cards for close to 50 years. For tickets go to Theater on Marco.

William deVry in Hemlock Grove:
"AMC's" former Michael Cambias and "The Bold and the Beautiful's former Storm Logan will soon be seen in the Netflix series "Hemlock Grove." The 13 episode suspense drama centers on a murder. One of the suspects is a teenager who claims to be a werewolf, while another is a Godfrey scion, with a deformed sister and otherworldly beautiful mother. The series, premiering April 19, also stars Famke Janssen ("Taken"), Bill Skarsgård ("Anna Karenina") and Dougray Scott ("My Week with Marilyn"). "Hemlock Grove" is directed and executive produced by Eli Roth ("Hostel"). Watch the promo below.

AMC fun fact:
Francesca James has joined the cast of Prospect Park's "All My Children" in the role of Evelyn Johnson. Long time fans might already recognize her as the actress who played twins Kelly and Kitty Tyler on "AMC" in the 70s and 80s. She also made appearances as Kelly in 2005 and 2008. James has also gone behind the camera as a producer on "AMC," "General Hospital," "Days of our Lives" and "Santa Barbara" and as a director on "AMC," "Port Charles" and "Loving."

Read about "OLTL" alums James and Kassie DePaiva in 110 in the Shade.

Get the details on the Coronation Street fire and learn the fate of Jimmy Smits' role on Sons of Anarchy. 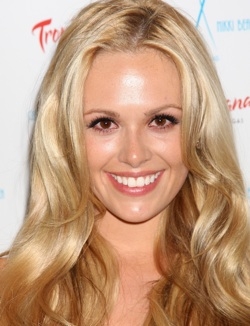 More rebooted “AMC” info and Pine Valley alums in Primetime, on the stage and on Netflix. Stay up to date with what’s happening for your favorite “AMC” stars past and present.

AMC & OLTL launch date revealed:
The rebooted soaps have a premiere date set. Prospect Park announced that the long awaited revival of the canceled network soaps will hit Hulu, Hulu Plus and iTunes on April 29. Take a look at the official AMC & OLTL cast photos.

Alicia Minshew back to AMC:
Minshew is bringing Kendall Hart Slater back to Pine Valley. At the moment, she’s only slated for one episode, but she is reportedly in talks to return for more. TVLine reports Minshew shot scenes with her onscreen sister Eden Riegel (Bianca).

Julia Barr talks AMC relaunch:
Barr (Brooke) recently spoke with TVLine about Pine Valley’s return. Though she couldn’t divulge much about the five year time jump, she did tease, “I’m not at liberty to discuss what happened but it’s actually a great opening script that lets you know a certain amount of things that happened and who they happened to. It’s really good.”

Michael Nouri on Body of Proof:
Nouri (ex-Caleb) appears in the next episode of “Body of Proof” as a mobster who demands answers when his son is killed. Ray Wise (“Twin Peaks”) and Derek Webster (“Damages”) also pop up in the episode. Watch the Body of Proof spoiler video and then tune into the ABC series March 12 at 10:00 PM EST to see Nouri. 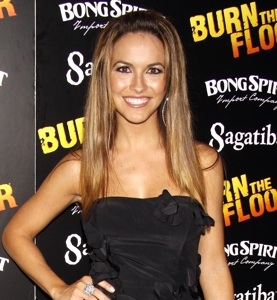 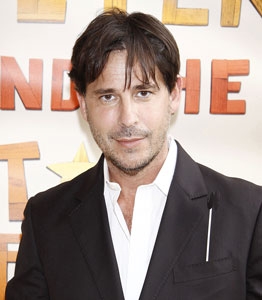