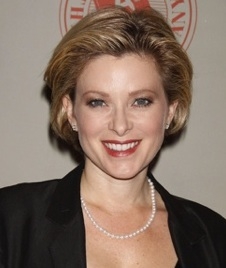 There was a lot of activity regarding “AMC’s” online migration last week, including a few more popular actors signing on. In addition, one Pine Valley alum is in talks to star in a comedy western, another is preparing for a Showtime premiere and yet one more launched a website with the soap fans in mind.

AMC online episode details:
Soaps in Depth reports that when “All My Children” picks up this spring, five years will have passed since JR shot a gun into a crowd at the Chandler mansion. The revived series will begin with JR waking up from a coma. It will also reportedly focus on a group of high schoolers.

In addition, Vincent Irizarry (David) told Soap Opera Digest shooting will take place in five-week intervals. Which means, “AMC” will shoot for five weeks and then “OLTL” will shoot for five. It also means Irizarry won’t be moving to Connecticut, so he can focus on projects in L.A. when he’s on his five week break from “AMC.”

AMC casting notices:
Per Soap Opera Digest, “AMC” is looking to fill several roles as they begin production. The soap is looking for three Caucasian young adults: Grace, a blonde, sexy twenty something; Hunter, a confident bad boy teenager; and Heather, a popular 18-year-old. A casting notice has also gone out for Vlad, an Eastern European thirty something who goes after what he wants and Yuri, a businessman in his 30s or 40s.

Cady McClain joins AMC online:
McClain made an announcement on her blog that she would be reprising the role of Dixie Cooney when "All My Children" goes back into production on February 25. Read more at Prospect Park to Migrate AMC and OLTL Online.

Michael E. Knight talks AMC:
With McClain sticking with "AMC," the obvious next question is whether or not Knight's Tad will join her. Knight told Soap Opera Digest, "I'm blessed, personally, that the Martins are going to be represented. With me, personally, it was simply an issue of timing, period." He continued, "I didn't say no, I just said, 'I can't do it right now.' I love the fact that the interest is there and I firmly believe Tad is going to be walking through Pine Valley in short order at some point."

Susan Lucci & David Canary to join Prospect Park:
The two Pine Valley icons will reprise their roles as Erica Kane and Adam/Stuart Chandler online. According to Soaps in Depth, Lucci will be seen in one episode, while Canary will appear on a recurring basis.

Ambyr Childers' Ray Donovan trailer:
Childers' new series won't premiere until June 30, but a new trailer has been released for the Showtime drama. From the looks of it, Childers' Hollywood starlet hires fixer Donovan (Liev Schreiber, "Movie 43"), but their professional relationship turns a bit more personal.

Jordi Vilasuso launches Paos Revolution:
Vilasuso, who has already signed on with Prospect Park to reprise his role of Griffin, has officially launched his website Paos Revolution. In his first blog on the site, Vilasuso wrote, "Paos Revolution was created as a reaction to what has occurred in all media during the last couple of years. No longer does an artist need a studio or network to put out content that he believes in. No longer does a fan only get to interact with their favorite artist through watching them on a screen or writing them a letter. Now, more than ever before, everyone has a voice and we are all truly connected through advent of the Internet and social media."

Amanda Seyfried in talks for A Million Ways To Die in the West:
Hot off her "Les Miserables" success, Amanda Seyfried (ex-Joni) is considering a role in Seth MacFarlane's ("Family Guy") comedy western. Per The Hollywood Reporter, the story will center on a pioneer farmer (MacFarlane) who teams up with an outlaw (Charlize Theron, "Young Adult") after getting dumped by Seyfried's character (if she signs on).

Today in AMC history:
On February 12, 1996, Noah was sent to the State Penitentiary, Janet was arrested for fatally shooting Laurel and Kelsey gave birth to her son, who she gave up for adoption to Maria and Edmund.

Follow the latest feud over Whitney Houston in Celebrity News and keep up with Victoria's plan to protect her son in the latest Revenge recap.