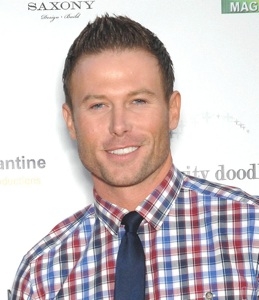 It’s a new week, which means there’s new information on “AMC’s” move online. In addition, Bobbie Eakes is hosting a fan event, the first Dixie Cooney is taking on a couple of web series, Ricky Paull Goldin’s new show is about to launch and Eva LaRue is up for an award. Keep up with all your favorite future and former Pine Valleyites.

AMC online update:
Per Soap Opera Digest, the online version of “All My Children” is preparing to recast a core family member. The show is looking for someone to take over for YaYa DaCosta in the role of Angie’s (Debbi Morgan) adopted daughter Cassandra. DaCosta played her in 2008.

In other casting news, Jacob Young talked to Michael Fairman about Prospect Park approaching him to reprise the role of JR Chandler. Since he’s on contract with “The Bold and the Beautiful,” where he plays Rick Forrester, Young had to decline. However, he indicated JR, who was last seen shooting a gun into a crowd of Pine Valley’s finest, will be recast. He told Fairman, “They told me every time they try to write the story, JR obviously would come into the picture. They also told me whether I could, or could not do AMC; they were going to continue on with the character regardless.”

On the first of this month, Debbi Morgan who is reprising the role of Angie Hubbard tweeted their first tape date.

Almost 3 more weeks & we'll be back 2 taping new episodes of "AMC" on the 25th of this month! Sooo excited!

Kari Gibson in two web series:
The first actress to play Dixie Cooney in the late 80s, Kari Gibson (married name Fraser) stars in the online series "The Reel Housewives of Theatre West." The web series, in its second season, focuses on actresses vying for glory in a small L.A. theatre company. Gibson plays a soap actress who was let go from the fictional soap "The Brash and the Buxom," but whose fans demand she return.

The former "AMC" actress is also working on a web series that will focus on her family, who competes in ballroom dancing competitions. The series will provide a behind the scenes look at the actress, her 15-year-old daughter and 12-year-old son, as they prepare for upcoming events. The yet to be titled comedy will premiere in the spring of this year.

Eva LaRue up for Shoppies Award:
La Rue (ex-Maria) is up for Favorite Celebrity Guest in The Shopping Channel's 6th Annual Shoppies Awards. She is up against fellow soap stars Kristian Alfonso (Hope, "Days of our Lives"), Daniel Goddard (Cane, "The Young and the Restless") and Tracey Bregman (Lauren, "Y&R"). Votes can be placed at The Shopping Channel until February 10. LaRue's fine jewelry line is featured on the online Canadian shopping site.

Today in AMC history:
On February 5, 2003, Michael Cambias romanced Kendall, who thought he was too good to be true, Anna and David felt their baby kick, Trey helped a troubled Reggie with school and a still grieving Greenlee met the Fusion maintenance man Carlos.

Keep up with all the details on Prospect Park Migrating AMC and OLTL Online and find out why characters on foreign soaps are kidnapping their own kids in Soap Scoop: UK/Australia Edition.