Lauren Holly in Motive:
The former Julie Chandler will soon star in the Canadian TV series "Motive." The show will premiere on February 3 after the Super Bowl on CTV. Holly plays Dr. Betty Rogers in the series that centers on a detective who investigates the motives of a killer. "Motive" also stars Kristin Lehman ("The Killing").

Cameron Mathison in Belle's:
Mathison (ex-Ryan) will appear in the series premiere of TV One's "Belle's" on February 1. The series centers on an upscale Atlanta soul-food restaurant owned by Big Bill Cooper (Keith David, "Cloud Atlas"), a widower running the business, while dealing with his two daughters and granddaughter.

Lindsay Price on Hawaii Five-0:
Price, who once roamed Pine Valley as An Li Chen Bodine, guest starred on the latest episode of "Hawaii Five-0." On a special Sunday installment of the CBS cop series, which usually airs on Monday nights, she played a nurse, who met Chin (Daniel Dae Kim) when he was taken hostage at the prison where she worked. Watch the clip of her character thanking Chin for saving her life.

Lindsay Price's wedding plans:
Price is engaged to celebrity chef Curtis Stone, who she has a child with, but there are no immediate plans for a wedding. The actress told E! Online they will go away for four days when they have time. In the meantime, she is going shopping with her former "Lipstick Jungle" stylist Amy Roth in New York to find the perfect dress.

Aiden Turner in To Have And To Hold:
Turner's "To Have and to Hold" premieres on February 14. Turner (ex-Aidan) will portray Captain Miles Cambridge in the adventure romance spanning two continents, but ultimately unfolding in 1619 Jamestown, Virginia.

Please go to 'to Have and To Hold' Facebook page & press ' like' the movie opens this February 14th Thks everyone moby.to/o3yjw7

Today in AMC History:
On January 22, 2008, Krystal asked JR to cozy up to Adam in hopes of finding out what he knew about Kate, but to keep it a secret from Tad. Meanwhile, Julia was taking care of Kathy, whose adoptive parents died and who turned out to be Kate.

Get a look at what's to come on "PLL" in Soaps.com's Pretty Little Liars Spoiler Video and go to Soap Opera Fan Blog for news on "GH's" Constance Towers to 1600 PENN. 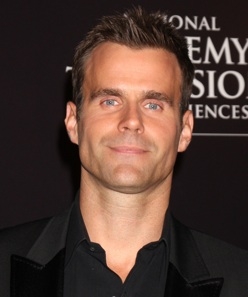 It’s all movies, TV shows and plays this week for “All My Children’s” alums. There’s also an update on the move online. Keep up with all the latest developments.

AMC migrating online update:
More forward movement is occurring where the canceled ABC network soaps are concerned. While “OLTL” is rumored to be signing a couple more big names, “AMC” has landed a head of casting. Read more at Prospect Park to Migrate AMC and OLTL Online.

Mischa Barton in Homefront:
She once played Lily on “AMC,” but Mischa Barton went on to find fame with the series “The O.C.” Now, she’s starring in the movie “Homefront” about a former DEA Agent who moves his family to a small town, but finds trouble with the local meth dealer. Jason Statham (“Parker”), James Franco (ex-Franco, “General Hospital”) and Winona Ryder (“The Dilemma”) also star. The movie is slated for a 2014 release.

Christina Bennett Lind in Wait Until Dark:
“AMC’s” former Bianca stars in the play “Wait Until Dark” running from January 24 – March 10 at the John W. Engeman Theatre in Northport, NY. She plays a blind housewife terrorized by thugs who search for heroin they believe is in her apartment. Audrey Hepburn played the same role in the 1967 movie of the same name.

Mark Consuelos’s The New Normal Video:
Consuelos (ex-Mateo) guest stars in the January 22 episode of “The New Normal.” In the episode, Jane (Ellen Barkin) develops a crush on his character, but starts to suspect he could be gay. Meanwhile, Rocky (NeNe Leakes) wonders the same thing about her crush, played by John Stamos (ex-Blackie, “General Hospital,” ex-Dr. Carl, “Glee”). The group sets out to find out in their game “Gay or Not Gay?” Watch the promo below. 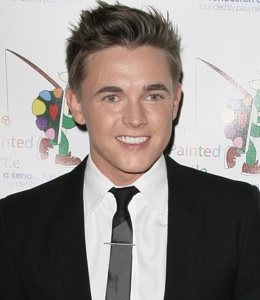 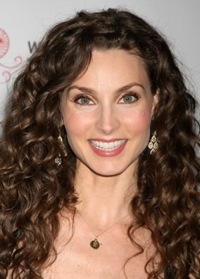