I do love me a little Dr. Dave, though. I love that he's drugging Krystal. I love that he's manipulating Tad, Krystal, JR and everyone else who gets in his way. This is perfect David. It fits his character; I just want the people around him to be a little bit smarter about who he is and what he is doing. Why doesn't Krystal wonder about her oh-so-relaxing times with David? Why doesn't she wonder why she's having 'panic attacks' when she's gone six hours without some of his milk? These are things, based on his past, that she should wonder and worry about. But instead she's happy to float along.

Okay, enough ranting about Krystal. Back to David.

I really wanted to smack him this week when he got in Angie's face about Rebecca. He was so smarmy, and the fact that he had a point only made it worse! I say keep David smarmy and manipulative. That's my kind of soap villain.

I'm still loving on the Brot/Taylor storyline. When she threw the ring at his this week, I felt like I was right there. When Jake confronted him in the elevator, I wanted to be Jake and when Brot returned to Taylor, I just wanted to give him a hug. Keep this one coming, writers, and I'll be watching!

I'm up in the air with Annie lately. Not the storyline – and the acting is superb! Kudos Melissa! – but what is going on with Annie. There are moments when I'm positive that she is faking the whole thing to get to Ryan. But then there are times when I just know she's lost it and is now lost in the past. Take the run-in with Emma. She didn't recognize her own daughter! But then there are the moments when Greenlee is around and Annie gets murder in her eyes again. That makes me think she's faking it. Right now, I'm completely befuddled. Cool, huh?

We didn't see much of Amanda this week, which was a double-edged sword for me. I love Amanda but I don't love what she's doing to JR. I even understand Amanda – it has to be hard to be the one person in Pine Valley who has nothing. No family, no money, no friends. But that doesn't make it right. So, I'm back on the fence with Amanda.

What made you smile in Pine Valley this week fans? Talk to Soaps.com about it below! 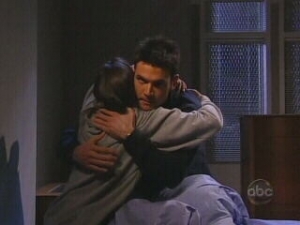 Credit: Will Rebecca have a Christmas miracle? (Soaps.com)

It’s funny how life on soaps can turn on a dime. Here was Tad, living his life and His Evilness (that would be David) swoops in and turns things upside down. Here was Reese, happily ensconced with Binks in Paris and whammo! Tornados and they’re now living in Pine Valley. Yeah, funny how things can turn – and sometimes for the better!

You know, I love Tamara Braun and she’s made the new character of Reese really, really likeable. That said, I’m really not comfortable (still) with her connection to Zach. No, I don’t see her as Kendall’s competition, but isn’t Zach doing now what he’s always hated about Kendall? He’s telling someone outside of his family about his problems and fears. Didn’t we just go through five months of that with the whole Kendall/Ryan/Greenlee thing? Slightly different, I know, but really isn’t it the same thing? Kendall couldn’t leave Ryan and Greenlee alone and butted in wherever she could; she told them secrets, she kept their secrets. Zach hated that. It tore his marriage apart. And now he’s doing the same thing with Reese?

Sorry, that doesn’t mesh with my take on Zach. He’s the strong silent type. He doesn’t lean on people (other than Myrtle). He doesn’t trust easily. And after a few days of knowing Reese she is his confidante? Sorry, not buying.

Note to Krystal: warm milk is a great relaxer. But when warm milk knocks you out for hours, there’s-a-somethin’ going on. Seriously. What planet is she living on? David’s milk is better than her milk? Does he have an in with a dairy farmer? This is just so weird. I went off on a tangent last week about Krystal and David and they still have me befuddled. They didn’t have some big love affair. For the first 20 years of Babe’s she didn’t even know he was her father and neither did David. So now, after a couple of years of knowing about Babe’s paternity they are both so shattered? Sorry, again, not buying it. I understand that Krystal is filled with grief, really I do. But I could see her turning to Adam sooner than I could see her turning to David. That would make sense since she is still in love with him. I could even see her pushing Adam away and sticking with her I-Married-Tad mantra. But David? 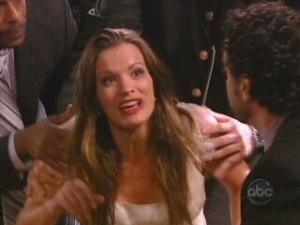 New Poll: Do You Think AMC's Annie Is Faking It? 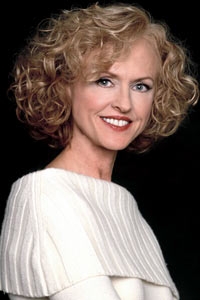