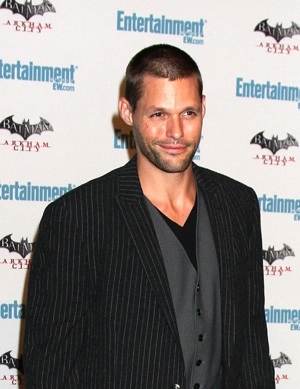 Actor updates from December 5 – 11:
One ex-“AMC” star is showing up on “Grey’s Anatomy,” another is in a new Showtime series, while yet another is headed to a CBS soap. Keep tabs on all your favorite former soap stars.

Justin Bruening cast on Grey’s Anatomy:
Bruening (ex-Jamie) has been cast on the ABC Primetime medical sudser in a recurring capacity. He will play a paramedic who interacts with the doctors of Seattle Grace and will begin airing in early 2013.

Bobbie Eakes in Southern Baptist Sissies:
Eakes (ex-Krystal) is currently filming the movie “Southern Baptist Sissies.” Based on the play by Del Shores, the story is about of four gay boys who grow up in a Texas Baptist church that considers homosexuality a sin. The film follows the journey each boy takes as they come to terms with their sexual identity. Eakes plays the mother of one of the boys.

Bobbie Eakes in Sunny and RayRay:
It’s a busy time for Eakes, as in addition to “Southern Baptist Sissies,” she will also appear in the film “Sunny and RayRay.” The movie is a psychological drama following the lives of several L.A. characters.

T.C. Warner in After Hours.
Former Kelsey Martin, T.C. Warner, has been cast in the NBC pilot "After Hours." She will reportedly play a nurse in the show about Army doctors who work the night shift in San Antonio. Other cast members include Jill Flint ("Royal Pains"), Freddy Rodriguez ("Ugly Betty"), Ken Leung ("Lost") and Brigid Brannagh ("Army Wives").

A big thank you to @celebparentsmag for the fun shoot with my daughter and a lovely interview! We had a blast! celebrityculturemagazine.com/.a/6a00d83451f…

Find out which former Llanviewite appears in "Zero Dark Thirty" in Soaps.com's One Life to Live Soap Digest.