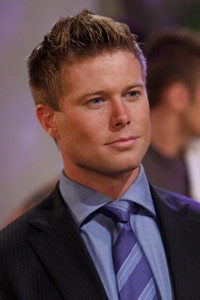 Congratulations go out to Jacob Young and wife Christen, who have a new addition to their family! Soaps.com has learned that Christen gave birth to a bouncing baby boy on November 25, 2008.

They named the boy Luke Wayne Young. By the way, fans, the name Luke isn’t a nod to Jacob’s former on-screen dad – General Hospital’s Anthony Geary (Luke Spencer). Jacob says they wanted a biblical tie-in for the name and also wanted a family tie. Luke, of course, was one of the disciples and Wayne is Jacob’s middle name.

The kiddo weighed in at 7 pounds, 5 ounces and measured 20 inches. What a great start!

Luke is the first child for Jacob and Christen.

Soaps.com had the chance to chat with Jacob’s former co-star, Amanda Baker (ex-Babe Chandler) a few weeks ago. She said, although Jacob was a bit nervous, she was certain he would be a great dad.

“He’s always been so good with the kids [on-set]. They warm up to him so quickly. He’s going to be a great dad! He’s ready, you know? Whatever he decides to take on, he’s ready!” 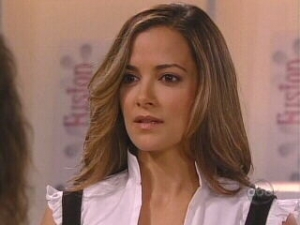 Watch the Trailer for All My Children's Jill Larson's New Movie On Soaps.com!!