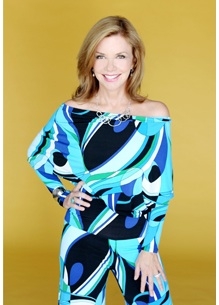 This week found former “All My Children” actors on the stage, sharing their photography, going behind the scenes in Primetime and planning fan events. They might not be on your small screens every day anymore, but there are still plenty of places to find your favorite former Daytime stars.

Bobbie Eakes at Sparkle Holiday Concert:
The former “All My Children” actress will once again perform at Sparkle: An All-Star Holiday Concert benefiting Desert AIDS Project. The event will be held on December 5 at 7:00 PM at the Annenberg Theater at 101 North Museum Drive in Palm Springs, CA. Hosted by comedian Scott Nevins, Eakes will be joined by Broadway actress Lillias White, Mitzi Gaynor (“South Pacific”), Wilson Cruz (“Grey’s Anatomy”) and others. Go to Sparkle Palm Springs for more information.

Michael B. Jordan in Fridgeport:
"AMC's" former Reggie is attached to the series "Fridgeport," which is in pre-production. The show is about a bottle of mustard that navigates the diverse world of a household refrigerator. Others involved in the project include Robert Buckley ("666 Park Avenue"), Ben Savage ("Girl Meets World"), Brittany Snow ("Pitch Perfect," ex-Susan, "Guiding Light") and Rumor Willis ("90210").

Vincent Irizarry's photo calendar:
Irizarry is not only an actor, but a photographer as well. With the New Year approaching, "AMC's" former David is offering two different photo calendars for purchase. One is a collection of photos from Irizarry's personal life, including scenes from his travels and behind the scenes moments from his acting career. The other is a series of print work he has taken himself. For more, go to Vincent Irizarry's website.

Dorothy Lyman in August: Osage County:
Jill Larson may have ended "AMC's" run as Opal Cortlandt, but Dorothy Lyman originated the character in 1981 and played her until 1984. But now, Lyman can be seen in Theatre Raleigh's production of "August: Osage County." Until December 9, she will help tell the story of an extended family in Oklahoma, whose alcoholic patriarch disappears. Lyman plays Violet Weston, the family's pill-popping grandmother. The play can be seen at 2 East South St. in Raleigh, NC.

Unfortunately your browser does not support IFrames.

Read about Kassie DePaiva's movie screening at Sundance in One Life to Live Soap Digest.

Today in AMC History:
On December 4, 2006, Annie and Ryan went on their first date where Ryan offered to fly her to see her favorite band in concert.

Find out who Cyndi Lauper will play on "Bones" in Soaps.com's Primetime TV Spoilers. Get a look at the set of Victor Newman's new penthouse at Soap Opera Fan's Y&R behind the scenes video.