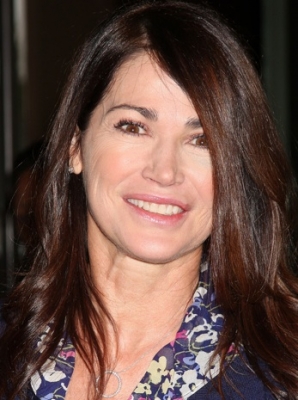 This past week found former “All My Children” actors leaving, joining and creating Primetime. There was also a hilarious spoof of soaps from the Queen of Daytime herself. And in sad news, Daytime said goodbye to one of their own.

Barbara Esensten passes away:
Esensten wrote for several soaps including “Loving,” “The City,” “Guiding Light,” “Port Charles,” “One Life to Live” and “All My Children.” On “AMC” she served as co-head writer in 2008 and scriptwriter from 2010 until its end in 2011. She died on November 14. She was 75-years-old. Read more in DOOL Writer Barbara Esensten Dies.

Kim Delaney out at Army Wives:
The rumors have been confirmed. TVLine reports that Kim Delaney’s (ex-Jenny) character has been written out of “Army Wives.” She played Claudia Joy Holden for six seasons, but when season 7 premieres, her character will be killed off, launching a reboot of the series.

Josh Duhamel co-creates drama about soaps:
The fan favorite who played Leo is getting back in the soap game. Duhamel co-created and will executive produce the ABC show set in the behind the scenes world of a soap opera. The drama will feature the over the top personalities and egos as they try to keep their show on the air. Oliver Hudson (“Rules of Engagement”) will also serve as an executive producer. Both Hudson and Duhamel could appear in front of the camera if the series is picked up.

Susan Lucci on The Colbert Report:
Stephen Colbert called upon the Queen of Soaps Susan Lucci for an assist in explaining the soapiness of General Petraeus’ affair. Lucci put her spin on things, including giving Colbert her trademark slap while standing all the way across the room. Impressive. Watch the clip for yourself with Lucci coming in around the 3:30 mark.

Cameron Mathison on Hot in Cleveland:
He played Pine Valley's hero Ryan Lavery on "AMC" and will soon appear on TV Land's "Hot in Cleveland." Per Soap Opera Digest, Mathison will play a friend of Melanie's (Valerie Bertinelli) boyfriend who dates Joy (Jane Leeves). His episode will air early next year. "Hot in Cleveland's" season premiere will air on November 28 at 10:00 PM EST.

Having a blast working on Hot In Cleveland!. @janeleeves @wendiemalick @bettymwhite @wolfiesmom @jayharrington3You are fantastic! Thank u

Lee Meriwether on Don't Trust The B In Apt 23:
Meriwether (ex-Ruth) played the fictitious editor of People Magazine who chose The Sexiest Man Alive in the November 13 episode. It was not James Van Der Beek's exaggerated version of himself, though his character embraced the idea of it.

Walt Willey in The Everyday Lies:
Willey (ex-Jack) announced on his website that he has joined the cast of the web series "The Everyday Lies." Willey will play himself in the series about a movie director trying to make it Hollywood. He described it as half scripted/half improv comedy in the same vein as "Curb Your Enthusiasm."

Walt Willey's Wild Bill live streaming event:
For those who haven't been able to watch Willey's one man show "Wild Bill! An Evening with James Butler Hickok" in person, they can catch it online. On December 8 at 7:30 PM CST, viewers can catch the full performance as it is streamed lived from Jackson, TN. Prizes will also be awarded, including a two-night stay at Willey's bed and breakfast. Go to Walt Willey World for more information.

Find out where Dan Gauthier will turn up next in Soaps.com's One Life to Live Soap Digest.

Read about which "Real Housewife" is returning in Soaps.com's Reality TV Rush and take a look at Victoria's mom coming to visit in Soap Opera Fan's Revenge spoiler video.