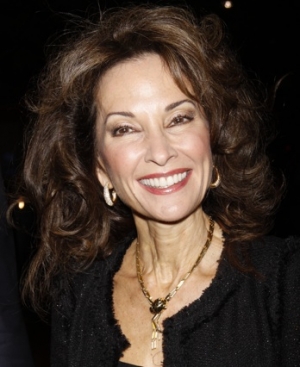 Former “AMC” stars are popping up in Primetime, while others have new movies out and another is participating in a benefit. There’s also a season two renewal for a project of the most famous face of Pine Valley. Keep up with all the happenings of your favorite stars.

Jeff Branson’s Y&R status in question:
Branson played Ryan’s (Cameron Mathison) brother Jonathan on “AMC,” but recently he has been portraying Ronan Malloy on “The Young and the Restless.” However, that could come to an end, as the rumors of his exit have been fueled by a recent fan event. Read more in Soap Opera Fan’s Jeff Branson out Y&R?

Carrie Genzel in The Wishing Tree:
Before Robin Christopher made the role of Skye Chandler her own, Carrie Genzel played her. Now, Genzel can be seen in “The Wishing Tree” on The Hallmark Channel. The Christmas movie, about kids left behind at boarding school while their parents go on vacation for the holiday, also stars Jason Gedrick. Genzel plays the mother of one of the kids at the school who gets into trouble. The movie will air on November 16 at 8:00 PM EST. Watch the preview below.

Susan Lucci's Deadly Affairs renewed:
The Investigation Discovery series featuring real life crimes of passion with a campy/soapy twist has been picked up for a second season. In case you missed the Susan Lucci hosted season one, check out the promo below.

Vincent Irizarry's Worth in stores:
Irizarry stars in the movie about a former seminary student who abandons his faith and turns to alcohol after losing his wife to a drunk driver. A decade later, he attends his first AA meeting only to encounter the man who killed his wife. The movie can be ordered online at Walmart or bought in stores now. Take a look at the trailer for more.

Alicia Minshew at Hurricane Sandy benefit:
Former Kendall Hart Slater will be at the benefit held at her husband Richie Herschenfeld's bar Prohibition NYC. The musical duo Guiney and Grimes will play host to several other guest stars. Bob Guiney is the former "Bachelor" turned ex-husband to Rebecca Budig (ex-Greenlee) and Scott Grimes is the actor from "Party of Five" and "ER."

Hey All! I will be here supporting the charity for #Sandy and of course these boys! Other surprise guests too! twitter.com/alicia_minshew…

Sam Page cast on Last Resort:
Page (ex-Trey) will show up on the ABC drama as Connor, Kylie's (Autumn Reeser, "The O.C.") brother. His first airdate will be December 6. Connor could continue to pop up on a recurring basis.

Michelle Trachtenberg to Criminal Minds:
She once played a young Lily on "AMC," but went on to portray Sarah Michelle Gellar's (ex-Kendall) sister on "Buffy" and then got catty on "Gossip Girl." Now, Trachtenberg is poised to guest star on "Criminal Minds." She will reportedly appear as a stalker who is set off after losing out on a job. Her episode will air in 2013.

Today in AMC history:
On November 13, 2000, after accidentally getting slipped the Libidozone drug by David, Erica impulsively jumped on top of a piano and sang in front of a room full of people. David pulled her away and they ended up in bed together.

Keep up with former Llanviewites in Soaps.com's One Life to Live Soap Digest.

Look which character is named "Sexiest Man Alive" on their show this week in Soaps.com's Primetime TV Listings. Who did Emily confide the truth to? Find out in Soap Opera Fan's Revenge recap.