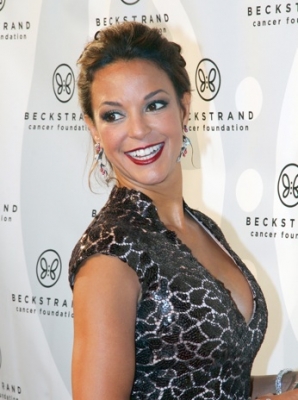 This past week, former “AMC” stars were spotted on a sitcom, behind bars and dressing up for Halloween. Soaps.com also talked with a former Pine Valleyite about her new jewelry line. Get caught up with your favorite former Daytime stars.

Rebecca Budig’s Getaway premiere date set:
“AMC’s” ex-Greenlee will soon be seen in the feature film “Getaway.” Starring Ethan Hawke (“Brooklyn’s Finest”) and Selena Gomez (“Spring Breakers”), the film is about a race car driver who is forced into driving during a criminal caper when his wife is kidnapped. “Getaway” will hit theaters on August 30, 2013.

Alexa Havins on Castle:
She died onscreen as Babe on “All My Children,” but escaped the same fate on “Castle.” Instead, her character’s roommate was murdered in the October 29, 2012 episode titled “Probable Cause.”

Jack Scalia arrested:
Scalia, who played Chris Stamp, was arrested on suspicion of possessing a concealed handgun at the Los Angeles International Airport on October 25. Cops were called to the transportation security administration screening station upon the detection of an unloaded weapon in his carryon bag.

Eva La Rue's fine jewelry line:
After selling out upon her recent launch on "The Shopping Channel" in Canada, Eva La Rue (ex-Maria) is in talks to feature her jewelry line on the HSN Channel in the states. Currently, her designs can be purchased on the Eva La Rue website.

Using her personal life as inspiration for her designs, La Rue told Soaps.com, "When I first started thinking of doing a jewelry line I initially was kind of scattered. I was all over the place. I loved all different kinds of jewelry design...As I was trying to hone what my line was going to be, I read a statistic that we wear twenty percent of our jewelry eighty percent of the time. Which is one hundred percent true for me. I thought, that's so true. If I'm going to make a jewelry line, I want it to be pieces you wear eighty percent of the time. Not the pieces you buy and stick in the back of the drawer that don’t mean anything to you. They don't have any significance. So, that's when I started to pull from what I felt like meant something to me, which is a more spirit based line."

One piece that's particularly meaningful to La Rue is the moon and star Kaya Bracelet, named for her daughter. "That one specifically is the part of the line that I created to represent single mothers," she said. At the time of her divorce from Kaya's dad John Callahan (ex-Edmond), she found it difficult to be separated from her daughter on the weekends. "At the time, my aunt gave Kaya and I these cheesy, cheap little necklaces of a moon and a star attached to it and said, 'Wear these on your weekends you're apart and no matter what, moons and stars are fixed in the sky. Moons and stars are always together and wherever you are, you're always looking up at the same moon and stars.'"

Additionally, upon divorcing, La Rue pointed out the beautiful diamond ring comes off as well. "I thought this is a perfect excuse for sort of an empowerment of being able to buy your own beautiful diamond piece that represents the most important relationship that is never ending. And that's with you and your child."

Check back next week to get the former "All My Children" actress' thoughts on how the ABC soap ended its run.

Josh Duhamel's Safe Haven trailer:
Fans have been waiting to get their first look at Duhamel (ex-Leo) in the adaptation of Nicholas Sparks' novel "Safe Haven." Last week the trailer premiered, so without further ado, take a look below.

Ricky Paull Goldin's design show:
Goldin (ex-Jake) is currently hosting a flash mob HGTV design show that is filming in various places on the East Coast. The premiere date is yet to be set, but in the meantime, Goldin tweeted what else he is working on.

Workin on my newhome Furnishing/design collection 4 my NEW online store! Wait till you see this stuff! Its gorgeous if I do say so myself!

Denise Vasi's Halloween:
"AMC's" ex-Randi, Denise Vasi, enjoyed some Halloween fun by dressing up as Storm from "X-Men." She tweeted pics of her costume. Click on the Instagram link within the tweet to see her transformation and let us know what you think.

Find out which ex-"OLTL" star will show up on "The Good Wife" in Soaps.com's One Life to Live Soap Digest. Did you expect the surprise return on "Revenge?" Share your thoughts at Soap Opera Fan's Revenge Recap.