J.R. Martinez's (ex-Brot) NYC Marathon Video:
Martinez, who is raising money for New York Road Runners' Youth Programs, is training for the NYC Marathon. Watch the video below, as he talks about how Timex is helping with his training and fundraising efforts.

Alicia Minshew in Celebrity Parents Magazine:
The former Kendall tweeted about her photo shoot that took place on October 13. No word yet on when her issue will be out.

So excited to do a photo shoot with my Willow for the cover of Celebrity Parents Magazine! This will be my first shoot with her! So fun!

Charles Parnell in The Last Ship:
Pine Valley's former Derek Frye has been tapped to star in the TNT pilot "The Last Ship." Based on the book by William Brinkley, the show follows a navel destroyer crew who survives a global catastrophe and must adapt to their new reality. Parnell will play Command Master Chief Hugh Jeter in the Michael Bay ("Transformers") executive produced pilot.

Jordi Vilasuso in Falling For You:
Vilasuso (ex-Griffin) appears in Target's short film/marketing campaign "Falling for You." He pops up in the third video, which also stars Nia Long (ex-Kat, "Guiding Light") and Kristen Bell ("Hit and Run"). Watch the videos and shop for the characters' clothes at Target's Falling For You.

Jordi Vilasuso & Paos Revolution's On Air:
Vilasuso's Paos Revolution posted a teaser of "On Air" on their Facebook page. The film will track the demise of soaps from an insider's perspective. In development now, "On Air" is due out in 2013. Watch the teaser that also features Alicia Minshew.

Trevor St. John has been keeping busy since "OLTL" went off the air. Find out what he's up to in Soaps.com's One Life to Live Soap Digest. Find out where Brett Michaels recently performed in Soap Opera Fan's Celebrity Sightings. 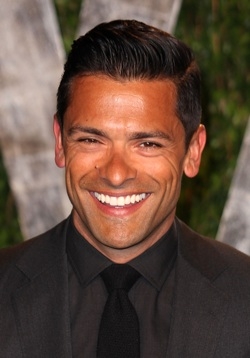 From new TV shows to upcoming movies to magazine covers, former “All My Children” actors are everywhere.

Laura Allen in The Secret Lives of Husbands and Wives:
Allen, who played Brooke’s adopted daughter Laura, will star in the pilot about a murder that impacts three couples. It also stars Jesse L. Martin (“Law & Order”), Perrey Reeves (“Entourage”) and James Tupper (“Revenge”). If it gets picked up, it will air on NBC.

Mark Consuelos on Guys With Kids:
Consuelos (ex-Mateo) will guest star on the NBC comedy about men in their thirties raising their children, while still growing up themselves. The former “AMC” star will play a male nanny, who invokes jealousy in his boss Chris (Jesse Bradford, “Outlaw”) over the bond he forms with his son.

Melissa Leo in Flight:
The former Linda Warner will soon be seen in “Flight,” starring Denzel Washington (“Safe House”). The film, due out November 2, centers on a pilot (Washington) who is heralded as a hero after making a life saving emergency landing. He soon comes under investigation when alcohol is detected in his system. Take a look at the trailer. 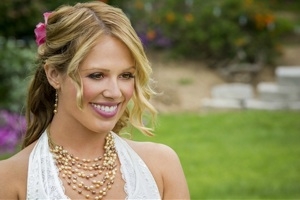 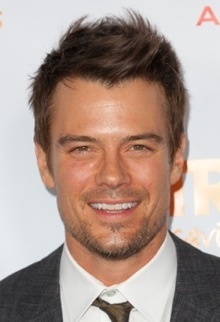