Fans And Actors Reflect On Anniversary Of AMC Finale

Matthew Borlenghi (ex-Brian Bodine): "One of my fondest memories of the show was my first kissing scene with Lindsay Price [ex-An Li]. She was 14 at the time, and nobody had had 'the talk' with her about how to fake kiss: the poor thing, naive and innocent, practically took out my tonsils with her tongue! I took her aside and gently told her how to do a camera kiss. We still laugh about it when we see each other. I still can't believe the show is gone. So bummed they didn't have me back at the end. I'd have done it for free."

Dianne K: "So many to choose from but Nina & Cliff were my favs. Loved Martha's Vineyard & Cliff running after the train!"

Sondra simply tweeted, "Tad," when asked what she missed about "AMC."

Kari: I miss the love & friendship between the characters. That's something I don't see on other soaps. There was a family feel on 'AMC.' I also miss my favorite character David Hayward, his newfound love Cara, loveable Tad, wacky Opal, & the always hot Dr Griff! And the Hubbards! :) Ok, I'll stop now."

Francine: "I miss the good old days of the show when we were all young & Erica was just starting to use men like tissue."

What was your favorite "All My Children" moment? What do you miss most? Share your thoughts and memories below.

To find out what past "AMC" actors like Susan Lucci and J.R. Martinez are up to, go to Soaps.com's After the Soap Finales: Where Are They Now? Find out where soap actor Jack Wagner was recently spotted in Soap Opera Fan's Star Gazing. 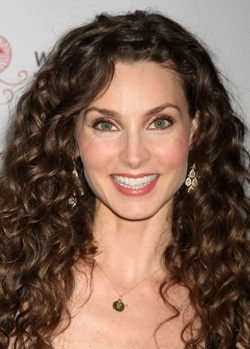 It’s hard to believe it’s already been a year since the finale of “All My Children” aired on September 23, 2011. To mark the date, Soaps.com reached out to a few actors for their favorite memories and Twitter friends on what they miss about the soap that ran for 41 years.

Alicia Minshew (ex-Kendall Hart Slater): “I loved the storyline when Kendall first met Zach. When they married for money and it turned into this big love affair and ultimately them falling in love. It was such a fun thing to play with Thorsten [Kaye]. It had humor and then it had very real moments. Who knew we would be a TV couple for so long? It was a highlight of ‘AMC’ for me for sure!”

Linda Dano (ex-Rae Cummings): “When I was asked to do a storyline that crossed over to all the ABC shows, I was flattered and terrified. In the Daytime community, most of us know each other but I didn’t know how the actors from all the other ABC shows would receive me. From the second I got to ‘All My Children,’ I was made to feel at home. Jennifer Bassey [ex-Marian] took me under her wing and toured me through all the most important places in the studio. My darling Eileen Herlie [ex-Myrtle] was so generous (and turned out to be my mother in the storyline), Susan [Lucci, ex-Erica] was great, Cameron [Mathison, ex-Ryan] was adorable, Josh Duhamel [ex-Leo] was just getting started and he and my Frank became fast friends, as did Jill Larson [ex-Opal], David Canary [ex-Adam/Stuart], Rebecca Budig [ex-Greenlee], Alicia Minshew and, of course, the wonderful Ruth Warwick [ex-Phoebe]. It turned out I didn’t have to worry about being accepted by the cast, some have remained my very close friends. I thank ABC, ‘All My Children’ and the fans for the love and support for me and the rich history of this iconic show that will never be forgotten.” 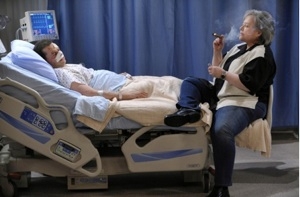