Ex-All My Children’s Michael Nouri On Body Of Proof 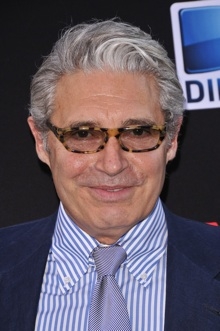 According to TVLine, Michael Nouri (ex-Caleb) will soon be seen in the ABC series “Body of Proof.” He’ll play a crime boss whose son is killed.

Nouri will appear in the fourth episode of the show’s upcoming run, which will premiere mid-season. Ray Wise (“Mad Men”) and Derek Webster (“Harry’s Law”) will also star in the episode.

Whose bad side does Nucky get on in the upcoming season of “Boardwalk Empire?” Find out in Soaps.com’s Primetime Television Spoilers. Read about the latest celebrity to receive a star on the Hollywood Walk of Fame in Soap Opera Fan’s Star Gazing.

Ex-AMC's Tawny Cypress On The Good...