Keep up with the all stars of "Dancing with the Stars" in Soaps.com's Reality TV Rush. Find out which Daytime fixture just received a star on the Hollywood Walk of Fame in Soap Opera Fan's Star Gazing.

Before Ryan, Adam and Scott, there was Terry.

Annie first came to Pine Valley with her daughter Emma in 2006 on the run from her abusive husband Terry. While hiding, she shot Ryan thinking he was Terry breaking in to get her and Emma. Of course, Ryan was fine and they went on to have a long and tumultuous relationship, but Terry on the other hand had a short shelf life on “All My Children.”

Even though he didn’t break into the penthouse Annie was in, he did come to Pine Valley to torment her. Lily eventually caught his eye and he attacked her, but was thankfully stopped by someone who killed him.

He wasn’t the most pleasant personality to ever grace Pine Valley and probably deserved to die, but do you remember who did the deed? Vote in the poll below and feel free to discuss the storyline below. 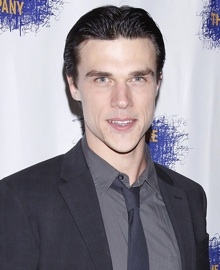