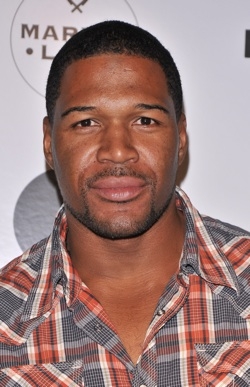 Live! with Kelly and…

Broadcasting & Cable is reporting who Kelly Ripa’s (ex-Hayley) new permanent “Live!” co-host will be. There has been much speculation about who would take Regis Philbin’s place after his departure last year and that person will reportedly be ex-NFL star Michael Strahan.

Strahan has guest hosted with Ripa 15 times in Philbin’s absence. A former member of the New York Giants, he is also a host of “Fox NFL Sunday” and starred in the short-lived comedy “Brothers” on Fox. Although ABC has yet to comment, Strahan is expected to debut as Ripa’s co-host on September 4.

The fallout of a robbery and car crash is unfolding on the Australian soap “Home and Away.” Read about who was affected and what’s happening on other overseas dramas in Soaps.com’s Soap Scoop: UK/Australia Edition. And don’t forget to read our Pretty Little Liars recaps each week.