Ex-AMC’s Alicia Minshew In Desires Of The Heart 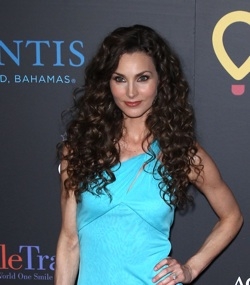 According to The Hollywood Reporter, Alicia Minshew (ex-Kendall) is currently shooting the movie “Desires of the Heart.” Production reportedly began August 13 in Georgia and will eventually move to India.

Minshew plays a painter who becomes involved with a psychiatrist from India. Just as they become serious, he must return home for an arranged marriage. The former “All My Children” actress’s love interest will be played by Val Lauren. He starred as Sal Mineo in the James Franco (ex-Franco, “General Hospital”) directed film “Sal.”

Want to keep up with the four remaining soaps, but don’t have a lot of time? Stay up to date with the weekly Soap Opera Fan Soap Summaries. And don’t forget to read our Pretty Little Liars recaps each week.

All My Children Poll: Aidan's Pine...