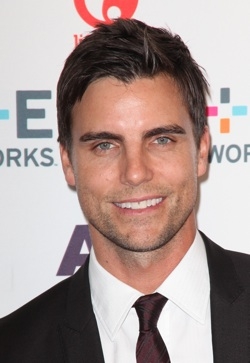 Colin Egglesfield (ex-Josh) plays the recurring character of Tommy Rizzoli on TNT’s “Rizzoli & Isles.” His character is the bad boy brother to Angie Harmon’s Jane Rizzoli. He will show up once again on the August 14 episode.

Based on the series of books by the same name, “Rizzoli & Isles” centers on police detective Jane Rizzoli and medical examiner Dr. Maura Isles (Sasha Alexander). In the upcoming episode, the duo finds a dead body inside a statue and searches for the killer.